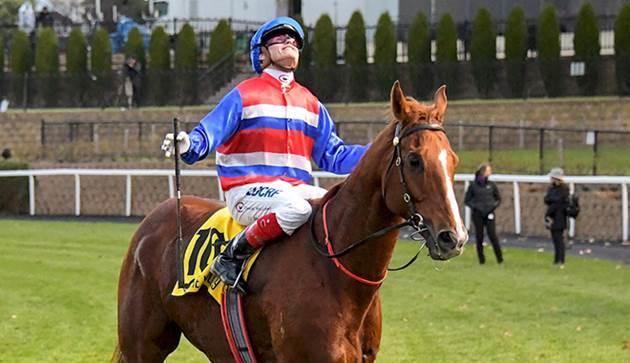 The winner’s stall at The Valley is usually reserved for unbridled celebration but there was a genuinely sombre tone on Saturday following the win of Craig Williams aboard Magic Consol in the Travis Harrison Cup.

It was 22 years ago that Harrison – a cousin and close friend of Williams – died in a car accident, and numerous members of his family came together for the memorial race.

It was always going to be a little emotional but when Williams brought the horse back to the winner’s stall, the tears started to flow.

“He was an outstanding person and outstanding jockey,” Williams said of Harrison. “He meant so much to so many people.”

“I rang (trainer) Paul Preusker for the ride because I knew the horse was going really well and you just saw how well,” the jockey said.

“I want to congratulate Moonee Valley for keeping this race going. It always brings back fantastic memories of Travis.”