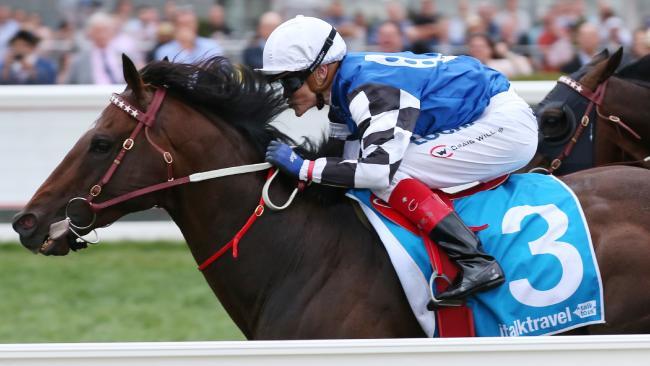 “It’s not often you get three runners on a big day like this, but to have three runners with genuine chances, well obviously we can’t wait for Saturday,” Lovett said.

“He keeps stepping up this horse and we’ve got no doubt he’s better than he was last spring when Redzel beat him a length in The Everest,” Lovett said.

“He’s coming off an unbelievable run in the Newmarket (when second to Redkirk Warrior) and it won’t really matter to him what surface he strikes as he’s very versatile and can handle anything pretty much.”

Williams has only ridden Tosen Stardom once – when second in the G1 Futurity Stakes at Caulfield last year – and on Saturday has the task of rejuvenating the seven-year-old after his last-start Blamey Stakes run at Flemington when he raced fiercely and failed to beat a runner home.

“We’ve decided just to forget his Blamey run,” Lovett said. “We were left scratching our heads after that race but he’s been galloping really well and is ready to bounce back.

“The Doncaster’s obviously a tough race but it’s a race he can win if things fall his way.”