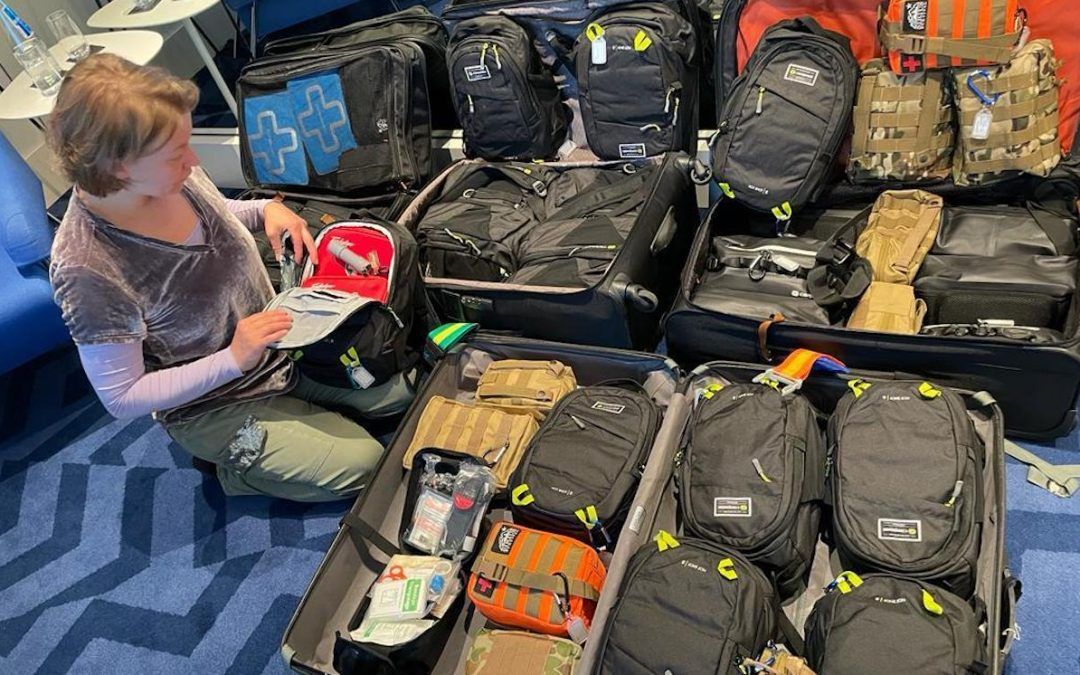 Australia: Top Melbourne jockey Craig Williams has taken four days out of his busy racing schedule to travel to Ukraine to undertake a personal mission to deliver vital humanitarian aid to the country’s armed forces.

Horrified by the harrowing accounts of atrocities committed by Russia since its invasion, Williams and his Ukrainian-born wife Larysa involved themselves in efforts to support the relief effort.

They collected supplies and money and then transported the cargo in person, flying to the Polish capital Warsaw, after which they drove to the border to hand over 92 special forces trauma kits, cash and a drone.

“The only way we could guarantee it got there was to do it ourselves,” said Williams. “We couldn’t run the risk of putting it on transport or shipping it over because they could have ended up sitting in a warehouse.

Williams, 44, has been at the top for two decades with more than 2,200 winners including the 2019 Melbourne Cup on Vow And Declare among 68 G1 wins. He won the Dewhurst on Tobougg during a stint in the UK based with Mick Channon.

Williams said he had felt humbled when learning from British bloodstock agent David Redvers, attending the sales, how the racing community in Britain and Ireland had been helping out Ukrainians.

He said: “Through the Facebook groups my wife is involved with, she found out one of the things that was desperately needed were trauma kits for the frontline soldiers and, through someone I met through racing, we found the right people to secure these packs.

“We ended up with enough kits to fill four suitcases. We also had a drone, which you can’t send in the post, and money to go to hospitals and families of those injured.”

The couple left Sydney after racing at Randwick on April 9 to fly to Doha, Qatar, and then onto Warsaw on a mission only those closest to the couple knew about.

“We got a hire car in Warsaw,” said Williams. “At 3.30 the next morning we drove to a border checkpoint between Poland and Ukraine where we were able to deliver the drone, the four suitcases of kits and Ukrainian currency. We got back on Wednesday [April 13].”

Larysa Williams’s parents live in Cherkiv in the north of Ukraine. “The town has been bombed three times,” said Craig.

“Her father is immobile and unable to leave the house, so her mother couldn’t go to the bunker when the firing started because he can’t be left alone for more than four hours. Larysa also has a brother, sister-in-law and nephew living nearby.”

Williams was straight back among the winners on his return, riding a double at Caulfield on Saturday. He says he will continue to speak up for Ukraine in Australia and is prepared to return there if needed.

“This war is affecting everyone,” he explained. “Ukraine is not only fighting this war for Europe. They are doing it for the rest of the world, for democracy against Communism. It’s really important that we support it as much as we can to make sure this invasion ends quickly.

“This is so important to us and it’s great to see people around the world being so supportive.  I’ve been empowered by seeing the strength of the people and that gives me strength.

“We have had so many texts and emails to my website with offers of support. The next thing is to find out what else is needed, for my wife to find another project and, of course, if I can help I am there to support her, her family and her country people.”