Tofane too good for rivals in G1 Tatts Tiara 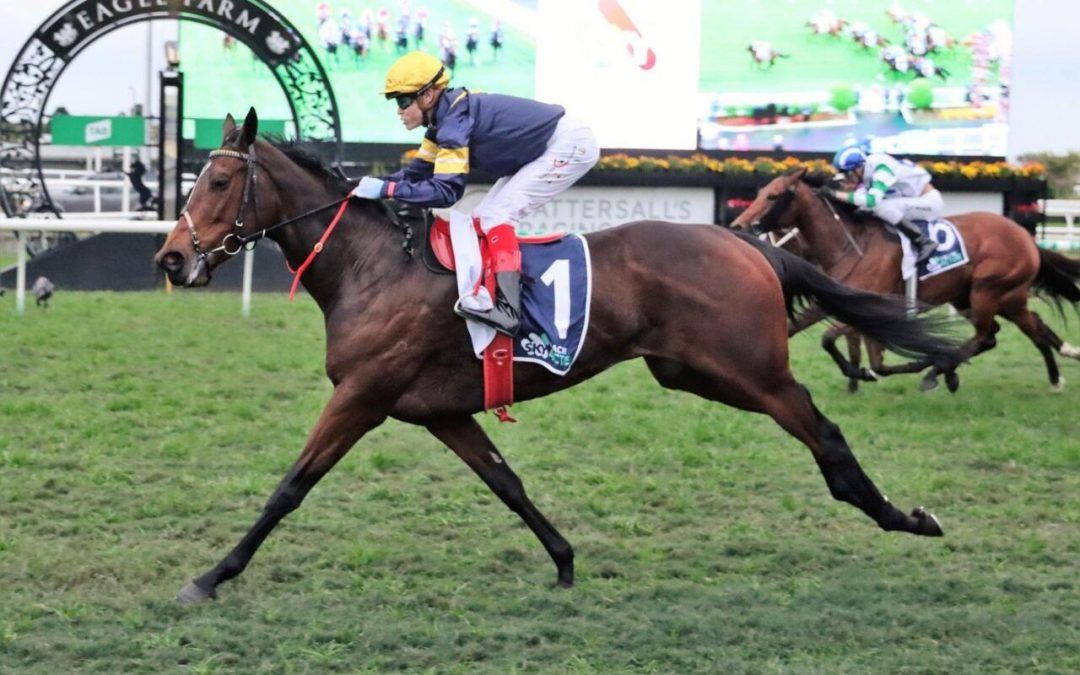 Craig Williams has described Tofane’s victory in the Tattersall’s Tiara as “quite easy” after the Victorian-trained mare outclassed her rivals to land her second Group 1 win of the Brisbane winter carnival.

It has been a remarkable form resurgence from the five-year-old, who had been destined to go through the sales ring before a group of her owners won the battle over her future and opted to keep her in training.

Tofane has rewarded them with a brace of feature wins, adding the final Group 1 race of the season to her Stradbroke Handicap triumph.

Winning trainer Mike Moroney was not on course but Williams, who has been in the saddle for both the Stradbroke and Tattersall’s Tiara performances, was thrilled to record his first win in the fillies and mares’ Eagle Farm feature.

“It’s a big thrill. It was quite easy actually,” Williams said.

“She gave me many options and she did a fantastic job running and I just had to steer her where we felt we were comfortable to be.”

Williams positioned Tofane ($3.50 fav) just worse than midfield and while she needed some encouragement to veer to the better part of the track in the straight, she finished resolutely once balanced up to score by 1-3/4 lengths.

Sweet Deal ($31) was second past the post but relegated to third on protest with Nudge ($17) promoted to the runner-up’s position.

“I didn’t want to disappoint her. I trusted her, she travelled sweetly for me and basically I just had to convince her to come a little bit wider,” Williams said.

“Mike Moroney and (Tofane’s strapper) Lilly gave me so much confidence coming into today. They said she’s improved from last time.”

“It’s very easy to ride a horse in the form she’s in and with her ability.”

Tofane became just the third mare to win the Stradbroke Handicap-Tattersall’s Tiara double after Dane Ripper in 1997 Srikandi in 2015.