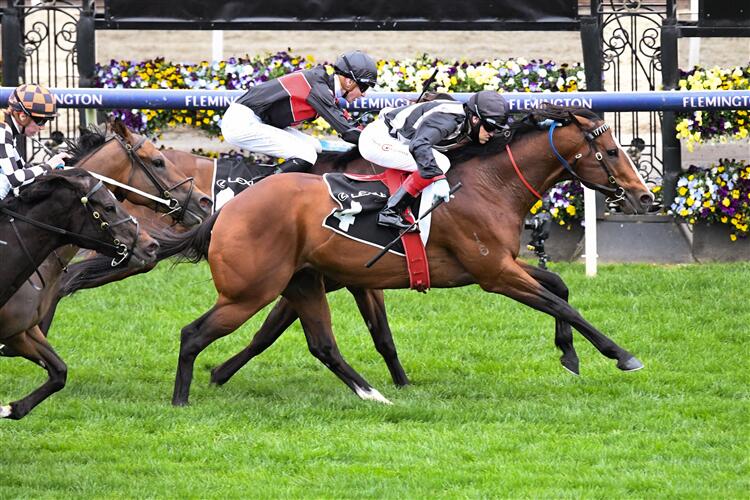 Ridden with cover by Craig Williams, the five-year-old Snitzel horse burst past The Astrologist with 100m to go and held off a determined effort by four-year-old mare Away Game to win the coveted sprint.

Splintex, starting at $13, put the writing on the wall when only one-and-a-quarter lengths fourth over 1200m first-up in Sydney when carrying 59kg. He dropped to 55.5kg at Flemington and gave Williams an armchair ride.

The field split into two divisions one of the fence and the other out wide and Williams placed Splintex behind the leaders to get cover from the strong wind and then unleashed a powerful finishing burst.

“I had a nice cart into the race,” Williams said. “He changed legs a couple of times, but he really had a will to win. He stuck his head out because she (Away Game) is no easy competitor.”

Splintex and Away Game charged up the inside of the leader The Astrologist, who just pipped Zoutori for third. Zoutori was looking to win his third consecutive Bobby Lewis and ran home strongly.