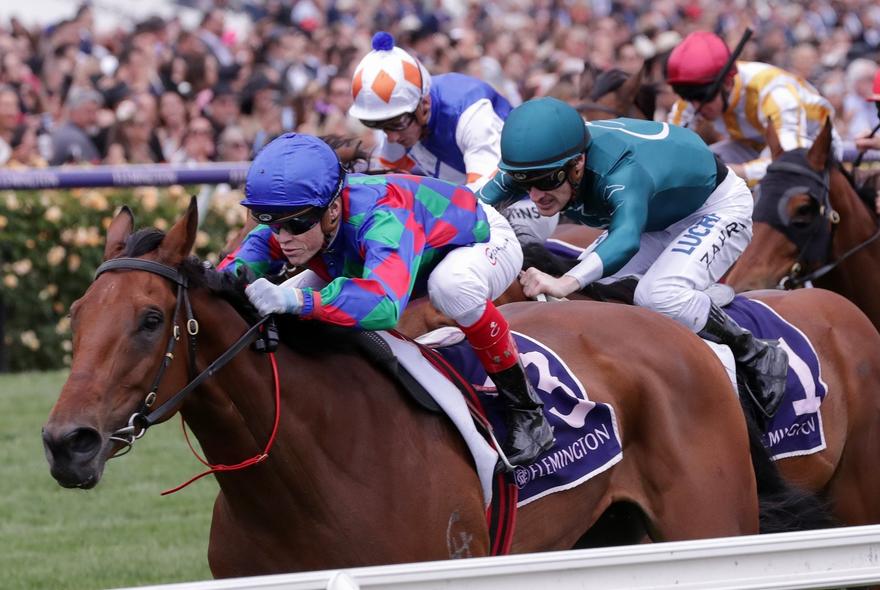 This evening I’m riding at Pakenham for the night meeting. The rail is in the true position and the track is rated in the good range.

Race 1 is the Watch Live on Sportsbet 3YO Fillies Maiden Plate over 1400 metres. My ride here is PITCHANUN (NZ) who is trained by Danny O’Brien. This daughter of Savabeel is raced by Robert Anderson. She is lightly raced having had just two starts and made her debut last year before being sent for a break from training. I rode her when she resumed this preparation over 1200 metres at this course two weeks’ ago. She went forward and in a slowly run race was able to settle on-speed but was outsprinted, before doing her best work over the concluding stages. The step up in distance and natural fitness improvement will both be in her favour and if we have luck in running from an outside barrier she will take a lot of beating in this. I really liked the way she found the line last start and that the best part of her race was through the line.

Race 6 is the Declan Murphy Takes On Sportsbet BM70 Handicap over 1400 metres. My ride here is COCHADA who is trained by Alexander Rae. This six-year-old gelding by Von Costa de Hero is lightly raced for his age having had seven starts for a record of two wins and three minor placings. He is a horse that I have a lot of time for and I did all of the early work and racing on him and he has always shown above average ability. I have ridden him in all but one of his race starts with the highlight being winning the final of the Melbourne Cup Carnival Country Final at Flemington over the Carnival in 2018. He had two unplaced runs in 2019 and this will be his first run since September 2019. He has the cross-over noseband removed from his head gear for his first-up run. If he can recapture his earlier form then he will be too good for this field, but he has had a long time away from the races. I’m really looking forward to seeing how he presents pre-race and riding him again.

Race 8 is the First Light Racing Class 1 Handicap over 1600 metres. My ride here is PORT ROYAL who is trained by Alexander Rae. This five-year-old gelding by Captain Gerrard has a race record of one win and three third placings from seven starts. I rode him in a Listed race at Flemington when he was having only his third start and we finished 5.25 lengths behind Vow And Declare over 1800 metres in 2018. He had three runs which included winning his maiden in 2019 and resumed again last start after a long layoff at Cranbourne over 1300 metres. He settled last in his first-up run but closed the race off really well to finish fourth and only two lengths from the winner. He races here second-up and is racing over the same distance that saw him win his maiden. If he holds his first-up form or has improved, then he will take a lot of beating in this.