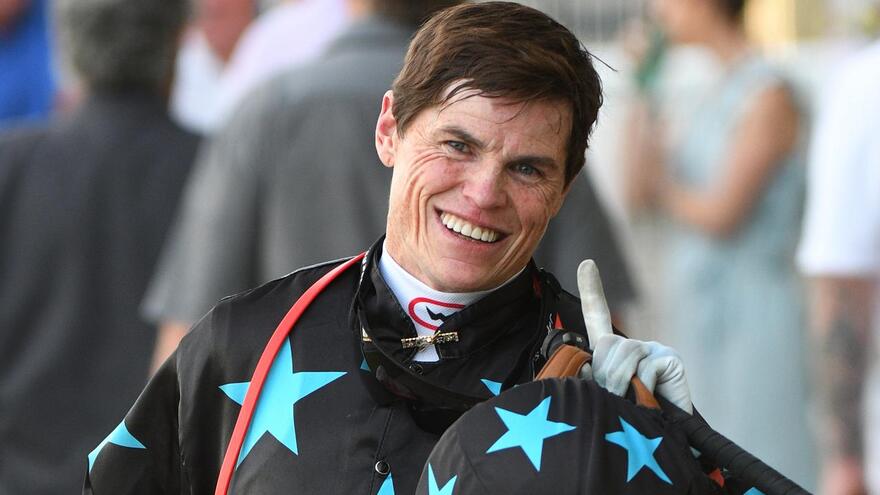 This evening I’m riding at Moonee Valley for the night meeting. The rail is out three metres and the track is rated in the good range.

Race 1 is the BM64 MVRC Membership On Sale Now Handicap over 1200 metres for three-year-old fillies, my ride here is ZOU DANCER who is trained by Leon & Troy Corstens. This daughter of Zoustar is raced by Bennett Racing and partners. She’s had two lifetime starts and made her debut as a two-year-old where she started favourite, finishing unplaced and just under five lengths from the winner. She was then sent for a break from training and resumed as a three-year-old at Dunkeld last month where she won her maiden over 1000 metres. She started from an outside barrier at Dunkeld and was ridden outside the speed and was really dominant and impressive in her effort. I expect she will have taken natural improvement from last start and comes into this with confidence. She will start from an outside barrier this evening against a small but competitive field, but on what she’s shown to date and with luck in running she can be one of the main chances.

Race 2 is the Moonee Ponds 3039 Shopping Precinct Maiden Plate over 1200 metres, my ride here is ALFOIL who is trained by Leon & Troy Corstens. This three-year-old gelding by Zebedee has had one career start which was at Geelong last month, he made all the running and was beaten by two-and-a-half lengths into third placing. He looks well educated and professional and comes into this evening with the benefit of a first-up run under his belt. He will start from a middle barrier draw and meets a strong field of maiden horses. If things go our way in running he can be one of the contenders.

Race 6 is the BM70 HeartKids Hero Handicap over 2500 metres, my ride here is PISSARO who is trained by Michael Kent. This six-year-old gelding by Pierro is raced by the Montague family and partners. He’s had 41 starts for a record of three wins and five placings. I had my first ride on him last start at Sandown where we finished fourth over 2400 metres. He started from an outside barrier and went back to almost last and ran home well to finish 3.6 lengths behind the winner. He steps up slightly in distance today and although he doesn’t win out of turn, this definitely looks like a winnable race for him. I also have the benefit of having ridden him last start and understand him better, and think he will be highly competitive in this.

Race 8 is the BM64 Moonee Valley Park Handicap over 1200 metres, my ride here is DUNE FIELD (NZ) who is trained by Jamie Edwards. This four-year-old gelding by Shamexpress has had nine starts for a record of two wins and two placings. I’ve ridden him in both of his wins which were at the end of his last preparation at Sandown in maiden and Class 1 grade respectively. He comes into this fourth-up this preparation and this will be my first ride back on him this campaign. He will start from a favourable barrier draw and on his best form will make his presence felt.