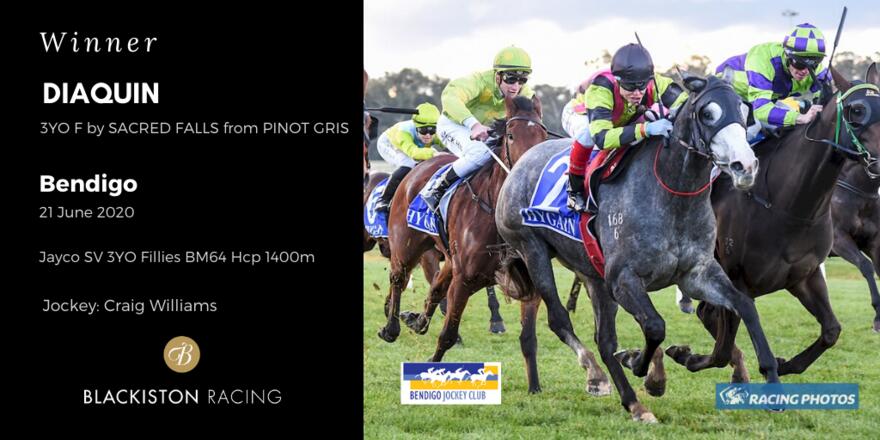 This evening I’m riding at Moonee Valley under lights. The rail is out 7 metres and the track is rated in the good range.

Race 1 is the BM64 MVRC Membership On Sale Now Handicap over 1200 metres for three-year-old fillies, my ride here is PASSIONATE LASS who is trained by Michael, Wayne & John Hawkes. This filly by Sebring is raced by Orbis Bloodstock. She’s had one start for one win where she was dominant at Mornington over 1200 metres on a track rated as a good 4. The horse she beat at Mornington was Energy Within, who although is still a maiden has been racing consistently without winning, so that is solid form. Passionate Lass will start from a low barrier draw for her second career start and is the horse they all have to beat.

Race 6 is the BM70 HeartKids Hero Handicap over 1600 metres for fillies and mares, my ride here is DIAQUIN (NZ) who is trained by Nigel Blackiston. This four-year-old daughter of Sacred Falls has a race record of 15 starts for two wins and five minor placings and races in Ian Lewis’s colours. I rode her twice at the end of her three-year-old season, winning at Bendigo over 1400 metres on soft ground and then in the Rivette Final at Flemington where she was beaten by just over three lengths. She was then sent for a spell and resumed this preparation with a first-up run at Bendigo where she finished sixth and just over three lengths from the winner over 1300 metres. She steps up in distance for her second-up run and has drawn a tricky barrier, but we will have a good guide on how the track is playing by her race. She is a horse that usually settles in the second half of the field and makes ground late. If the track is playing fairly and allowing horses to make ground and we have luck from the barrier draw, she can be very competitive in this on her best form.