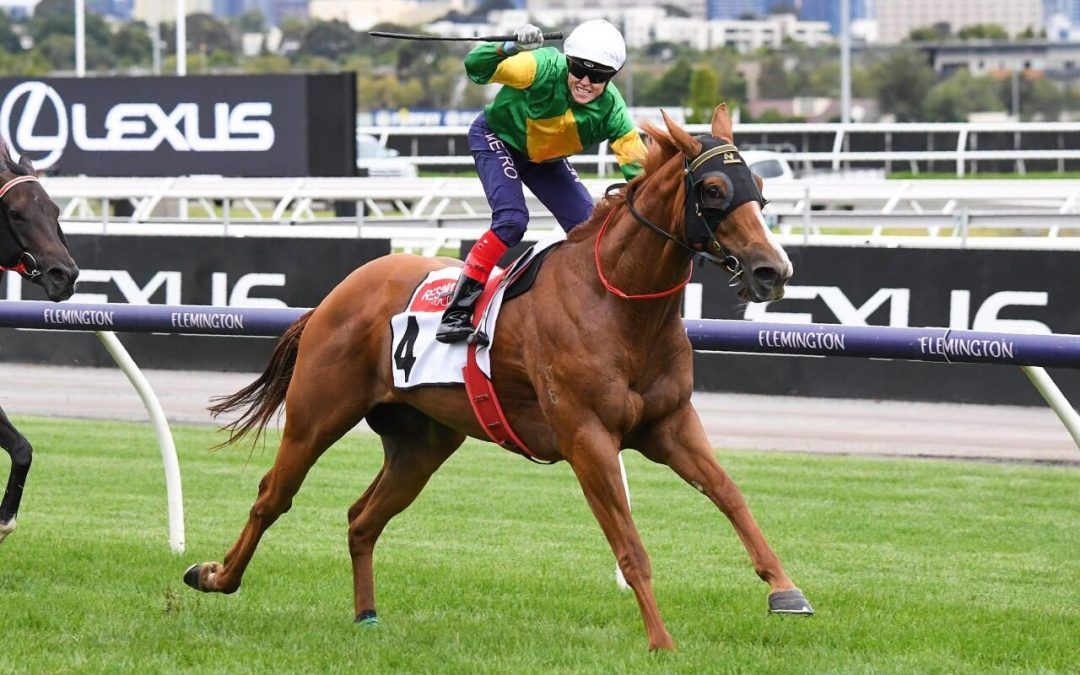 Just as he did last year, Craig Williams secured an 11th-hour victory for the Metro jockeys against their Country rivals at the Rapid Racing meeting at Flemington on Friday evening.

Double points were awarded in the final event and although the city riders trailed by eight points going into the final race, Williams lifted his team across the line with a win aboard Arigato with a second placing from Jamie Kah on Leggero meaning the Metro team again prevailed.

Williams showed it was no meaningless victory either as he produced a fist pump and a salute as he crossed the line in the final race to secure the win.

The second-ever Rapid Racing meeting had already been dealt a blow with COVID-19 restrictions set to cull the potential crowd, but then the constant rain in the morning meant few patrons turned up after more than 4000 came last year.

That made little difference to the competition with the seven Metro riders amassing 50 points throughout the afternoon to beat their seven Country rivals, who scored 44.

Metro coach Denis Pagan was quite cocky in victory after giving away 16 points to his rivals with just two remaining.

“Willo was terrific in getting over the line and Jamie rode a great race for an important second,” he said.

Kevin Sheedy, coach of the Country team, was gracious in defeat: “I think it’s a great concept and a wonderful day and we’ll make sure we come back next year and make amends.”

As he did at the inaugural Rapid Racing meeting last year, Williams took out the riding honours with 19 points and he paid tribute to the Victoria Racing Club for staging the competition: “The jockeys and even the valets got right behind it and it’s a great concept and been really well received.”

Williams gave credit to the track staff at Flemington for producing such a good surface despite the constant rain. After starting a Good 4 early in the morning, the track got down to a Heavy 9 by the first race but improved through the day even though there were more showers to be a Soft 7 by the time the last race was run.