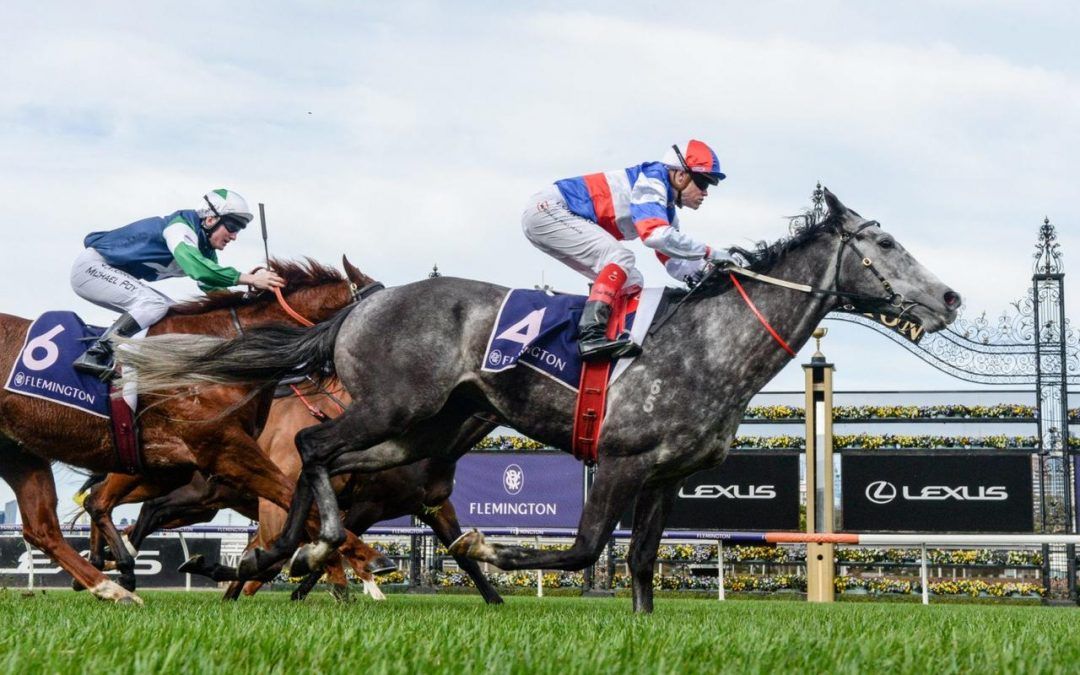 Leading jockey Craig Williams produced a stunning ride on Bumper Blast, taking the gelding from barrier one, gradually crossing heels to the extreme outside to win The Belzoni over the straight 1000m course on Saturday.

Hickmott had Bumper Blast entered for the weight-for-age Sir John Monash Stakes at Caulfield last Saturday, however owner David Price and Williams reasoned success in that race may rule out opportunities ahead of a spring campaign.

Bumper Blast has won four of his seven starts and has been successful now three times at Flemington, twice over 1400m, a trip Hickmott is eyeing off for stakes races during the spring.

“You’d love to set him for those Group Three 1400-metre races here over the carnival,” Hickmott said.

“Fawkner did it, he won three of those races and this horse is a horse that profiles very similar to him.

“I’m not saying he’s going to be a Caulfield Cup horse, but those 1400 races here, that’s where he sits, I think.

“This was more or less a trial for him today. We’ll get him home and give him time between runs and go again.”

Bumper Blast ($10) raced to a three-quarter length win from dead-heaters Mister Mogul and Snitzkraft with the latter relegated to fourth following a successful protest by Beau Mertens aboard Fight.