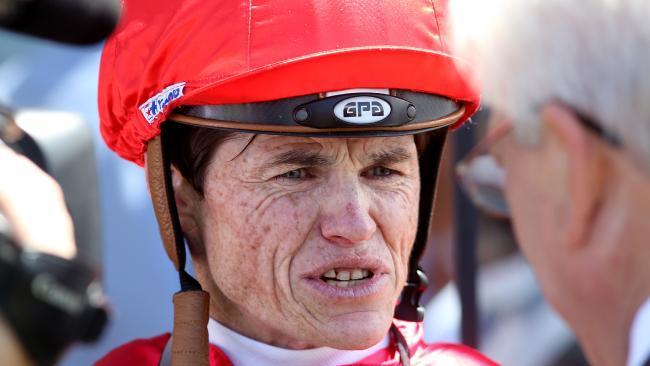 I’d like to wish all of my supporters a very merry Christmas and a safe, healthy and prosperous 2021. Today I’m riding at Caulfield for the traditional Boxing Day meeting. The rail is in the true position and the track is rated in the good range.

Race 1 is the Caulfield – Home Of Outdoor Events Hcp over 1200 metres for two-year-old’s, my ride here is MR SCOREFIELD who is trained by Nigel Blackiston. This gelding by Squamosa has had two career starts. He made his debut in the Inglis Banner at Moonee Valley on Cox Plate Day over 1000 metres and then competed over the 1100 metre straight course at Flemington at his most recent start, where he closed the race off nicely. He comes through solid form lines and has the benefit of racing experience on his side. The step up in distance should be to his advantage and on his form, he will be one of the main chances in this race.

Race 4 is the BM78 Frank O’Brien Handicap over 1400 metres, my ride here is WICKLOW TOWN who is trained by Julie Scott. This four-year-old gelding by Canford Cliffs has had 14 starts for a record of four wins and three placings and is a very consistent galloper. He’s had five runs this preparation and is racing over the same distance as his last start where he finished third at Flemington. He’s had two runs at the course and distance for two second placings. He will start from a middle barrier draw in what seems to be a competitive field. If he runs up to his best form and we have luck in running, he will take a lot of beating.

Race 6 is the BM70 Joe Brown Handicap over 1100 metres, my ride here is HEKA EXPRESS who is trained by Leon & Troy Corstens. This four-year-old mare by Starspangledbanner has had 17 starts for four wins and three second placings. She is a short-course sprinter with three of her wins being over 1000 metres and the other being over 1125 metres. She comes into this third-up for her preparation and is dropping back to BM70 grade today. She has drawn a middle to wide barrier and if she doesn’t have to do too much work to take up a position close to the speed, she can make her presence felt in this grade of race.

Race 8 is the Listed Neds Lord Stakes over 1700 metres, my ride here is PANCHO who is trained by Chris Waller. This four-year-old gelding by Dissident is raced by Laurel Oak Bloodstock and partners. I rode him last start to win the Kilmore Cup over 1600 metres where he gave me a lovely ride throughout. He is deep into his racing preparation but he’s had his races spaced out nicely. Since his last start win I’ve ridden him in a jumpout at Flemington and felt that he’s derived a lot of confidence from that victory. We will need luck from a wide barrier draw today, but on his best form he will be one of the main chances.

Race 9 is the BM78 Dennis Hanrahan Handicap over 2000 metres, my ride here is YULONG CAPTAIN (IRE) who is trained by Tom Dabernig & Ben Hayes. This five-year-old gelding by Galileo runs in the colours of Yu Long Investments. He is lightly raced and has been a consistent galloper with a record of three wins and five placings from 14 starts. He’s had one run this preparation and is stepping up to a more suitable distance for his second-up run, with his wins being over 2000 – 2400 metres. I’m looking forward to having my first ride on him and expect that he will be very competitive, if not winning today. This race looks a good option for him as he progresses through his preparation over the Summer and Autumn months and there are plenty of race options for him based on his rating.