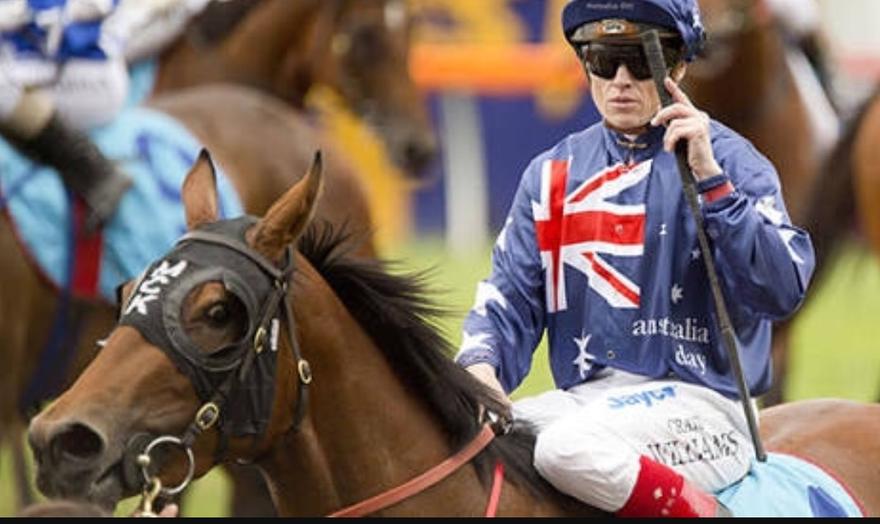 Today I’m riding at Caulfield for the traditional Australia Day meeting. The rail is out 6 metres and the track is rated in the good range, but with light rain falling and further poor weather forecast this could cause a downgrade later in the day.

Race 1 is the BM70 Vale John C. Adgemis Handicap over 1100 metres for three-year-old fillies, my ride here is CIRCLE OF MAGIC (NZ) who is trained by Mark Kavanagh. This daughter of Per Incanto had one start last year where she made all the running at Wangaratta over 1100 metres before fading out of it over the concluding stages. She was then sent for a break from training and resumed at Kilmore on January 12thwith a solid effort to win her maiden. This will be my first ride on her and she meets a very competitive field of fillies, so it will provide a good guide on where she fits in moving forward towards the Autumn.

Race 3 is the Listed Neds Blue Diamond Preview over 1000 metres for two-year-old colts and geldings, my ride here is VINLAGO who is trained by Robbie Griffiths & Mathew de Kock. This colt by I Am Invincible had one start last year in the Maribyrnong Trial at Flemington where he displayed good early speed over the straight course before fading late in the race, and he subsequently pulled up lame. This will be his first-up run this preparation and I’m looking forward to seeing how he presents in the yard with the benefit of having been to the races once before. He will start from an inside barrier and will be racing around a bend for the first time. This looks to be a strong race on paper with plenty of exposed form and it will provide a good indication of where he fits in leading into the Blue Diamond.

Race 4 is the Group 3 Neds Blue Diamond Preview over 1000 metres for two-year-old fillies, my ride here is DUCHY OF SAVOY who is trained by Michael, Wayne & John Hawkes. This daughter of Snitzel runs in the colours of Glentree Racing. She is making her raceday debut today and I’ve watched her recent jumpouts at Flemington where she showed good natural speed and in her most recent effort, she finished next to the favourite for the previous race. She will start from an outside barrier over the 1000 metres, so it will be interesting to see what my instructions are pre-race with the long run in to the home turn. I’m looking forward to seeing how she presents and performs under raceday conditions and pressure for the first time.

Race 6 is the Listed John Dillon Stakes over 1400 metres, my ride here is DADOOZDART (GB) who is trained by Michael, Wayne & John Hawkes. This five-year-old gelding by Dawn Approach is raced by R & C Legh Racing and partners. He’s had 13 starts for a record of four wins, with all of his wins being of soft or heavy ground. He races here first-up this preparation and has winning form when racing fresh. He will start from barrier five in a field of eight and this looks to be a race with limited early pressure on paper. He has very strong form lines around Group 1 winners in New South Wales and is well weighted carrying only half a kilo above the minimum weight in this Listed contest.

Race 7 is the Listed Neds W.J. Adams Stakes over 1000 metres, my ride here is ALL BANTER who is trained by Richard & Chantelle Jolly. This three-year-old filly by I’m All the Talk is lightly raced having had only five starts for an excellent record of three wins and a second placing. She has won her past two starts and comes into this with a nice gap between runs. She is racing up in grade taking on the open horses and drops to the minimum weight of 54 kilos today. She is a horse that makes her own luck in running and will start from a middle barrier draw. There is no doubt that this will be her biggest test to date but she looks to be a progressive filly and it gives me confidence that her trainers have targeted this race as they are astute in travelling and placing their horses. I’m looking forward to taking the ride on her and expect she will be very competitive.