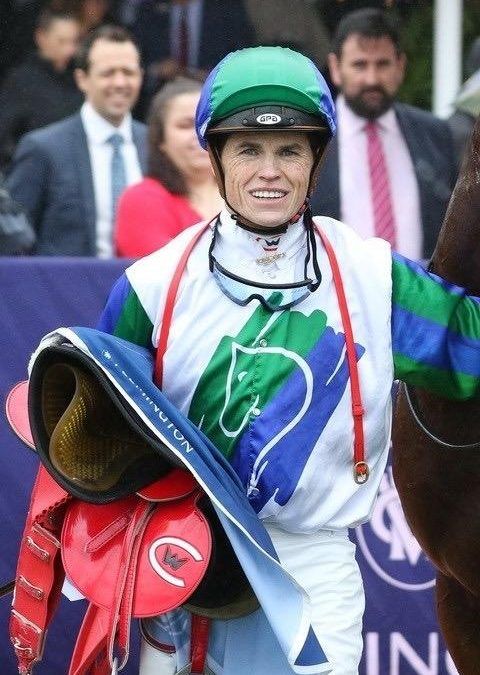 Today I’m riding at Caulfield where it’s the middle day of the three-day Caulfield carnival. The rail is out 10 metres after racing in the true position on Saturday and the track is rated in the good range.

Race 2 is the Group 3 Neds Coongy Cup over 2000 metres, my ride here is MONGOLIAN MARSHAL (NZ) who is trained in South Australia by Stuart Gower. This six-year-old gelding by High Chaparral has had 28 starts for a record of five wins and eight placings. I rode him twice when he was a three-year-old in Sydney over their Autumn carnival when he was trained by Murray Baker & Andrew Forsman. I ran fourth on him in the lead up to the ATC Derby and then ran eighth on him in the Group 1 ATC Derby. He is fifth-up this preparation and is stepping out to the 2000 metres for the first time this campaign and drops three kilos in weight from his past two starts. On his rating he is badly handicapped in this small but competitive field. If he runs up to his best performances he will be able to make his presence felt.

Race 3 is the BM78 BECK Probuild Handicap over 2000 metres, my ride here is LOOK SHARPISH (NZ) who is trained by Leon & Troy Corstens. This four-year-old mare by Pins is lightly raced for her age having had nine starts for a race record of two wins and four placings. I rode her in her first ever race start at Geelong in 2019 where she was very green and new to it all. Since then she has progressed nicely in her next campaigns and has had the blinkers added and removed from her head gear. She won her maiden at the end of her last preparation and rounded out that campaign by finishing second in the Listed Tasmanian Oaks. She resumed this campaign on heavy ground with the blinkers off at Sandown over 1300 metres and was disappointing. She then stepped up to 1600 metres and had the blinkers back on for her next run, where she gained a confidence boosting win in BM64 grade at Benalla on a firmer surface. She then competed in F&M BM70 grade at Bendigo over the same distance to be narrowly beaten and finished second. She is racing up in grade again today and against the boys, and drops in weight from her last run. She will start from a nice barrier draw which will offer her every opportunity to run her best race.

Race 5 is the BM84 Hyland Race Colours Handicap over 2407 metres, my ride here is MASTER SHUHOOD (IRE) who is trained by Chris Waller. This imported six-year-old gelding by Tamayuz has a race record of six wins and nine placings from 33 starts. I won on him last start at Bendigo in BM78 grade over 2200 metres on September 16thand I’ve ridden him in a recent jumpout and felt that he has gained confidence from his last start win. He will start from a low barrier draw and because he is racing up in grade he drops a kilo-and-a-half in weight from last start. He is a horse that seems to make his own luck in his races and by the time this race jumps we will have a good understanding of how the track is racing with the rail out 10 metres and I know that he is a solid galloper who can be ridden with versatility.

Race 6 is the Listed Neds Village Stakes over 1200 metres, my ride here is CADOGAN (NZ) who is trained by Kevin Corstens. This seven-year-old gelding by Smart Missile races in the colours of Brae Sokolski. He started his in career in New South Wales and has also raced in Queensland for his former trainers and owners. While he has been racing competitively since arriving to Victoria he hasn’t finished closer than fifth in his six starts here. He is resuming today and is poorly weighted on his rating of 76 under the conditions of this race. It gives me confidence that his trainer is running him first-up a Listed race and I’m looking forward to having my first ride on him and seeing how he performs.

Race 7 is the Group 3 Catanach’s Jewellers Ladies’ Day Vase over 1600 metres for mares, my ride here is FABRIC (NZ) who is trained by Danny O’Brien. This five-year-old daughter of Ocean Park runs in the colours of Waikato Stud. She’s had 19 starts for five wins and six placings and has been well placed and managed throughout her career. I’ve been lucky enough to have ridden her in all of her five wins and she is a mare that I know well. She resumed this preparation at Moonee Valley finishing third by an official margin of 0.2 length over 1200 metres. She then stepped up in distance to a BM90 over 1400 metres for mares at Caulfield and put in a pleasing effort to win the same race she had won 12 months earlier. Her most recent run saw her finish fifth and 2.25 lengths from the winner in Group 2 mares company at Flemington over 1400 metres. She has drawn a wide barrier today, and if we have luck in running she will be one of the main chances.

Race 8 is the BM84 Nick Johnstone Real Estate Hcp over 1400 metres, my ride here is VIRAL who is trained by Danny O’Brien. This five-year-old gelding by Al Maher is raced by Emmanuel Bloodstock. He’s had 18 starts and comes into this meeting with a record of five wins and four minor placings. I had three rides on him last preparation for a second placing and two wins, with one of those wins being at this course and distance. He races here first up today over the 1400 and even though he has only won once from six attempts at the distance, some of his runs as a younger horse saw him finish just outside of the placings. He has jumped out recently in preparation for his return and I have been really pleased with the feel he has given me. If we have luck from the tricky barrier draw and he runs up to his best form and recent jumpout’s, he will be making his presence felt.