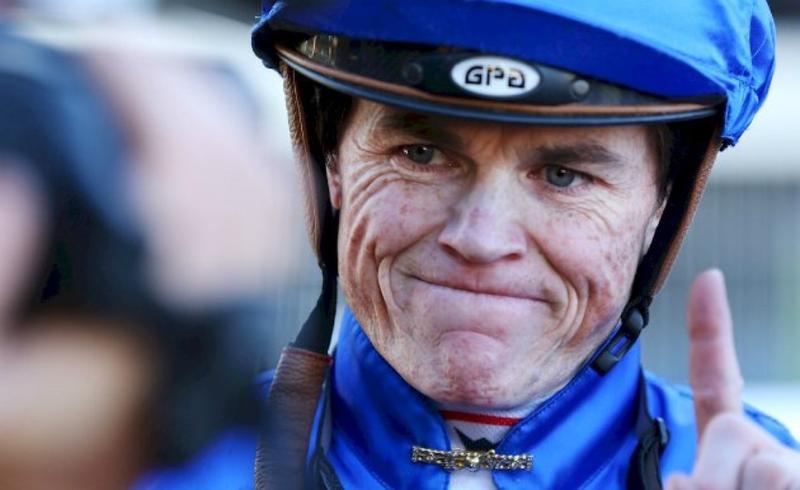 Today I’m riding at Caulfield for the twilight meeting. The rail is out 14 metres and the track is rated in the good range.

Race 2 is the Neds Filter Form Maiden Plate over 1200 metres, my ride here is JOHNNY ANGEL who is trained by Aaron Purcell. This four-year-old gelding by I Am Invincible has had five race starts for a second and third placing, with both of his placings coming after he has been transferred into Aaron’s care in Victoria at the start of this preparation. His two runs this preparation have both been over the 1200 metres of this race, and he has been ridden both off and on the speed. He will start from a middle barrier today and his two recent efforts have been solid. He comes into this with good fitness levels and will be one of the main chances if he runs up to his recent form.

Race 3 is the Class 1 Neds Same Race Multi Handicap over 1200 metres, my ride here is WINSUM who is trained by Ken & Kasey Keys. This three-year-old colt by Wandjina is lightly raced and I’ve ridden him in both of his starts. I was really taken with his track work and jumpouts before he made his debut in the Group 3 Blue Diamond Prelude. When he went to the races for the first time he started from a wide barrier and after racing greenly throughout put in a credible effort to finish 3 lengths from the winner. He was then sent for a break from training and resumed this preparation at Cranbourne with a dominant win in maiden company over 1000 metres. I still felt that he did a few things wrong at Cranbourne and he will have taken benefit from the racing experience. In his jumpout’s he has always shown natural speed, but on raceday he hasn’t shown that early speed from the barriers, but nevertheless he overcame that last start. He is horse with very good potential that I’ve got a lot of time for. If he gets things right today, he is the horse they all have to beat.

Race 4 is the BM64 Unleash your Neds Toolbox Handicap over 1600 metres for three-year-old fillies, my ride here is SHEZADANDI who is trained by Greg Eurell. This daughter of Dandino has had two starts for two placings. Her first run was in November over 1200 metres and she then stepped up to 1450 metres at Kyneton last start on December 3rd, where you could really see the natural improvement she had taken with the benefit of racing experience. She steps up in distance to the mile today and if she has come-on again from her second-up run I expect she can make her presence felt.

Race 5 is the BM64 Neds Handicap over 1600 metres, my ride here is MOSTLY SUNNY who is trained by Patrick Caboche. This four-year-old mare by Akeed Mofeed is lightly raced having had 13 starts for a record of two wins and six placings, only missing a top three placing on five occasions. I had my first ride on her last start at Moonee Valley in the same grade of race. We started from a low barrier draw and the plan was to ride her a little bit closer to the speed, but she jumped a little bit slow and was hampered at the start, finding ourselves one or two positions further back than anticipated. Once she balanced up in the straight she really closed the race off nicely to finish third. I’m looking forward to riding her again and if she jumps cleanly and runs up to her recent form, she will take a lot of beating in this.

Race 7 is the BM64 Neds Blended Multis Handicap over 1440 metres, my ride here is LODESTAR who is trained by Colin Little. This four-year-old gelding by Zoustar has had 11 starts for a record of two wins and two second placings. I did a lot of work on him before he made his debut and thought he was going nicely. He races here fifth-up this preparation and has been racing consistently after winning first-up over 1200 metres. He ran really well last start to finish fifth at Sandown and only 1.4 lengths from the winner. He has drawn an inside barrier and will give himself every opportunity to run competitively against this even field of gallopers.

Race 8 is the BM70 Neds Price Boost Handicap over 1440 metres for fillies and mares, my ride here is MAGGIE MISS who is trained by Gai Waterhouse & Adrian Bott. This five-year-old daughter of Medaglia d’Oro has had 13 race starts for a consistent record of two wins and seven minor placings. This will be her second start the Melbourne way of going, with her only other run in Victoria being when she contested a fillies and mares race at Flemington during Cup Week in 2019 over 1700 metres. She had two official trials in New South Wales before her first-up run where she finished second over 1250 metres at Canterbury. She races consistently over this distance and when racing second-up. She is a horse that makes her own luck by racing close to the speed but there does look to be a little bit of pressure drawn below her. This looks a suitable race for her and if we have luck in the early stages she will be one of the main chances in this.