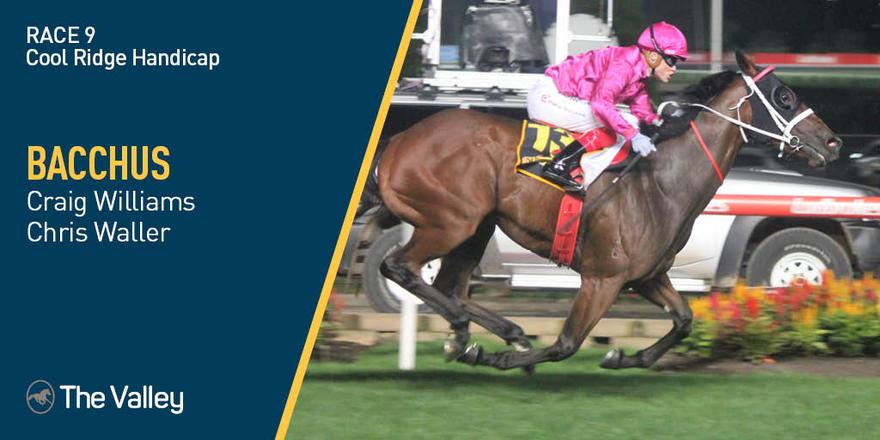 Today I’m riding at Bendigo where it’s a metropolitan meeting. The rail is out 4 metres and the track is rated in the good range.

Race 1 is the Vale Subzero 3YO Maiden Plate over 1300 metres for three-year-old’s, my ride here is INDICTMENT who is trained by Ken & Kasey Keys. This colt by Street Boss has had four starts for two third placings, with all of those being when he was a two-year-old. He has been tested at stakes level and is a horse that looks to have above average ability. I’m looking forward to having my first ride on him and seeing how much he has matured and developed. He has drawn a wide barrier but if the track is playing fairly and allowing horse to close off, and he has taken natural improvement from his first preparation he can be one of the main chances.
It’s a fitting tribute that this race is named in honour of the late Subzero, a horse who was not only a talented race horse but did so much for our sport off the track in his career post racing.

Race 2 is the Bendigo Cup 28th October BM78 Handicap over 2400 metres, my ride here is KENTUCKY TORNADO (USA) who is trained by Chris Waller. This imported mare by Mizzen Mast is raced by Brad Spicer, Brae Sokolski and partners. I’ve won on her two times at the end of her last preparation when she raced over this distance range at Sandown. I was reacquainted with her last start and third up this preparation when we raced on a heavy 10 at Moonee Valley, she tried very hard but the ground was far too heavy for her liking. She returns to racing on a firmer surface today and meets a small field. She has a versatile racing pattern and it will be interesting to see what my instructions are. On her best form she is the horse they all have to beat.

Race 5 is The Big Screen Company Class 1 Handicap over 1400 metres, my ride here is EARLY MORNING RISE (NZ) who is trained by Danny O’Brien. This four-year-old mare by Fastnet Rock runs in the colours of Waikato Stud. She is lightly raced having had 10 starts for a record of one win and five placings. I rode her last start when she resumed on a heavy 8 at Sandown over 1300 metres and she didn’t have any favours in the run and put in a very good effort to finish less than two lengths from the winner. She returns to racing on a firmer surface today and provided she has taken natural fitness improvement from her first up run, she will take a lot of beating in this small but competitive field.

Race 6 is the Bendigo Mazda BM64 Handicap over 1600 metres, my ride here is BACCHUS who is trained by Chris Waller. This four-year-old gelding by Pierro is raced by Ingham Racing. I’ve ridden him in both of his wins last preparation. He races here fourth up this preparation and comes into this having finished second last start at Sandown over 1600 metres. He will start from a middle barrier draw and is a horse that tends to settle in the second half of the field, so if the race is run to suit him and the track is playing fairly, I expect him to be very competitive.

Race 8 is TAC Be Races Ready BM70 Handicap over 1300 metres, my ride here is CHAILLOT who is trained by Archie Alexander. This four-year-old mare by Testa Rossa is unbeaten in her two career starts and is now raced by OTI Racing. Her two races starts and wins came as a two-year-old, winning on debut at Ballarat over 1200 metres before progressing to Listed grade at Flemington where I rode her over 1400 metres. She has been off the track for over a year and I’m really looking forward to seeing her return to the races today. She is a talented mare and even though she is resuming after a long layoff, she can make her presence felt first up today.