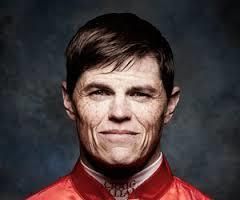 Today I’m riding at Bendigo. The rail is out 8 metres and the track is rated in the good range.

Race 3 is the bet365 Racing Refunds 2YO Maiden Plate over 1100 metres. My ride here is I AM IN THE MOOD who is trained by Danny O’Brien. This filly by I Am Invincible is making her debut today. I’ve ridden her in an official trial at Cranbourne in preparation for today and I was really impressed by her attitude and the nice performance in her trial. She will start from a low barrier draw and most of her opposition are also having their first race starts. If she runs up to her trial effort and brings that same attitude to the races she will be very competitive in this.

Race 4 is the DeAraugo & Lea Electrical BM70 Handicap over 1100 metres. My ride here is MODEAR who is trained by Patrick Payne. This four-year-old mare by Helmet has a consistent record of three wins and four placings from 17 starts and in her past four runs hasn’t finished further back than fourth placing. I had my first ride on her three starts ago at Flemington where we were narrowly beaten and finished second by a nose on heavy ground over 1000 metres. Her run style is that she gets back in the field, so she always needs races run to suit her and tracks to be playing fairly. She is a mare that has really good acceleration and I’m looking forward to riding her again and going one better than last time. On her best form she can win this and is clearly the horse to beat.

Race 6 is the The Big Screen Company BM64 Handicap over 1600 metres. My ride here is KANZAI (NZ) who is trained by Nigel Blackiston. This four-year-old mare by Savabeel is raced by Jo Lindsay of Cambridge Stud. She is a lightly raced mare for her age having had six starts for a record of one win and two placings. Her only win was over 1500 metres at Geelong and came at the start of this preparation. She comes into this race with a gear change of the blinkers being removed and a tongue tie added for the first time. She is a horse that is usually slow to leave the barriers and gives the field ground, but she has been racing extremely well of late. She can be forgiven for her last start where she stepped up to 2100 metres and after finishing five lengths from the winner was reported to have pulled up lame. On her best form she will be very competitive in this.

Race 7 is the Avis Bendigo Car & Truck Rental 3YO Fillies BM64 Hcp over 1300 metres. My ride here is MORE SECRETS who is trained by Michael, Wayne & John Hawkes. This daughter of More Than Ready made a winning debut at Pakenham on March 25th where I rode her to a dominant win over 1200 metres. She is stepping up slightly in distance today and comes into this three-weeks between runs. She will start from a low barrier draw which will afford her every opportunity to have an economical run in transit. I expect she will have taken natural improvement and confidence from her debut win and I’m looking forward to riding her again. She looks well placed in this race and I can see her making it two from two today.