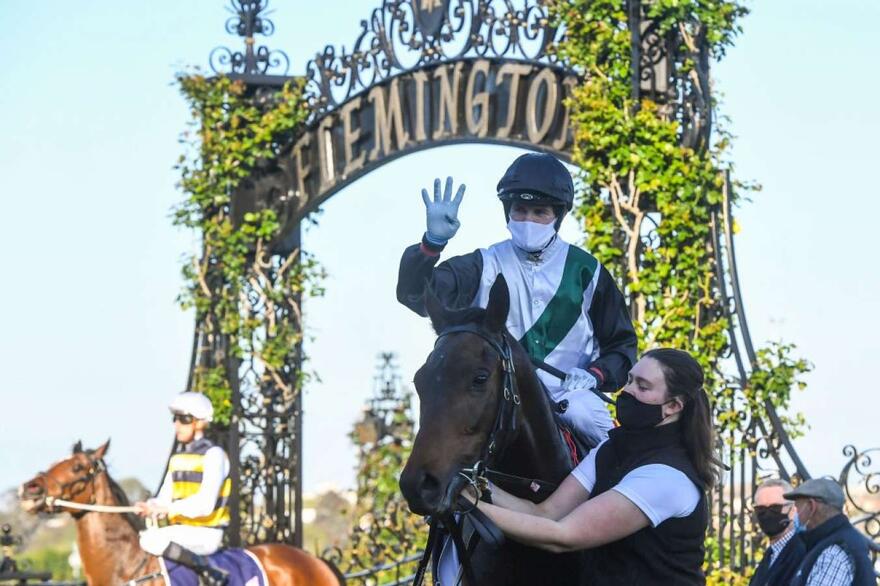 Today I’m riding at Ballarat where it’s the Seymour Cup meeting held at Ballarat. The rail is out 6 metres from the 2200m to the 1600m and returns to the true position for the remainder, and the track is rated in the soft range.

Race 6 is the Porter Plant BM78 Handicap over 1200 metres. My ride here is FARETTI who is trained by Gai Waterhouse & Adrian Bott. This five-year-old gelding by I Am Invincible has had 14 starts for a record of four wins and three placings. I’ve won on him twice with our most recent win being first up this preparation, two starts ago, at Geelong over 1200 metres in BM78 grade. I then rode him at his next start at Caulfield over 1200 metres and although he was only beaten 3.85 lengths, he was disappointing on face value. He comes into this with a nice gap between runs and stays at the same distance and grade as his previous two runs this preparation. He will start from a low barrier draw and there looks to be a little bit of pressure and speed on paper. On his best form he will take a lot of beating.

Race 8 is the feature race, it’s the Listed Bet With Mates Cup over 1600 metres. My ride here is MR BRIGHTSIDE (NZ) who is trained by Ben & JD Hayes. This four-year-old gelding by Bullbars started his career racing in New Zealand where he had one start and was unlucky in finishing fifth, before being purchased by connections and transferring to Australia. He’s had a total of seven starts for a record of five wins and a second placing, with his second placing being in his Australian debut and since then, he hasn’t been beaten. I was lucky enough to get the ride at his second Australian run and have ridden him in his five wins. I’m really looking forward to riding him today as he is stepping up to Listed grade and drops six kilos in weight from his last start. He will start from a favourable barrier draw and is horse that races well on all track surfaces. He is such a progressive galloper and clearly on his form, he is the horse they all have to beat.

Race 9 is the Hygain Winners Choice BM70 Handicap over 1400 metres. My ride here is FLYING MASCOT (NZ) who is trained by Tom Dabernig. This four-year-old mare by Tavistock is raced by Flying Start Syndications and partners. She’s had seven starts for three wins and two placings, only missing a top three placing on two occasions where she was tested in Group 3 and Group 1 company. I had my first ride on her when she resumed this preparation at Bendigo over 1300 metres on September 15th. She went forward and made all the running to be successful in winning by half-a-length. She races here second-up and has good second-up form with a win and placing from two attempts. She raced in F&M BM70 grade last start and races again in BM70 grade today but is taking on the boys. She drew a wide barrier last start and again will start from a wide draw today, but there does look to be more speed in this race. She looks well placed today and will take a lot of beating.