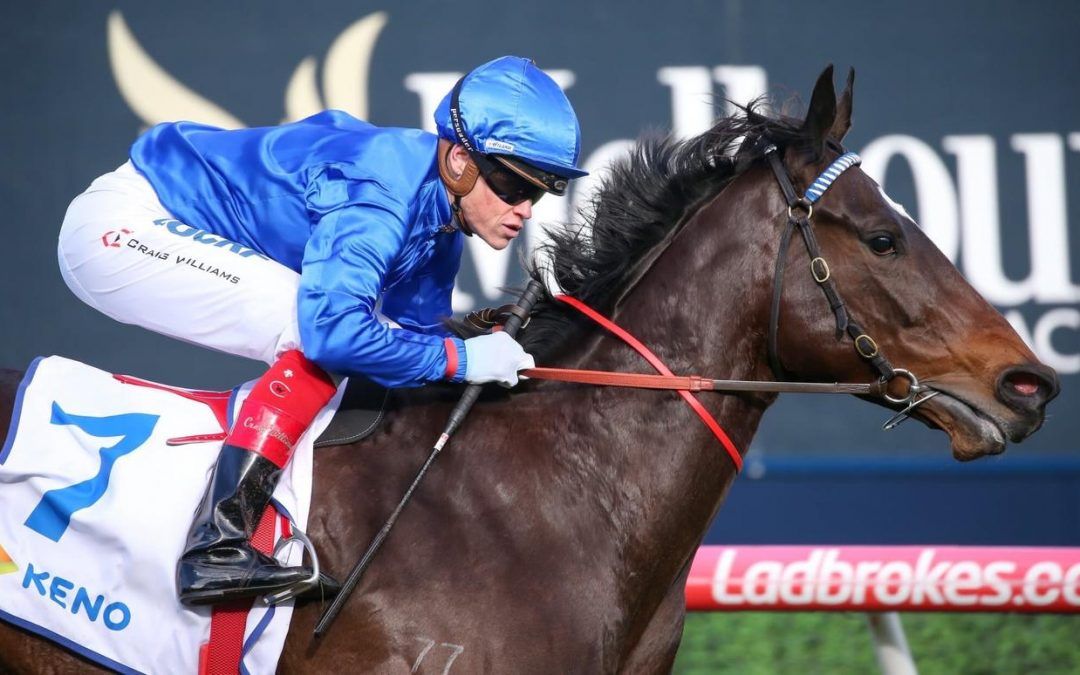 Craig Williams cracked the half century of Melbourne winners at Caulfield on Saturday as he stretched his lead in his race for a seventh metropolitan jockeys’ title.

“It’s nice to be in front,” Williams said after his win on the Street Cry mare. “It’s a great competition.

“This time of year, horses change around a lot with a lot of rating horses and horses coming from all different form references, so you have to work pretty hard but I am really happy with the past 12 months.

“I’ve won six (titles) of them. Seven would be great but regardless my team has worked really hard over the past 12 months and we’ve got some great results.”

“My family are going off tonight (for holidays) but we’ve also got to be mindful of the spring carnival.

“Last start she was amazing and had clear excuses,” Williams said. “She’s a lightly-raced, well-handled, well-developed four-year-old mare who’s got potential to be a black type mare,” Williams said after she strolled clear to win easily.

“She’s never been able to sustain a whole preparation so if they can continue to get some runs out of her there’s no doubt that her ability warrants a look as some spring races.”

Injuries have hampered Rillito’s development and as a rising five-year-old mare she has only been to the races 10 times.