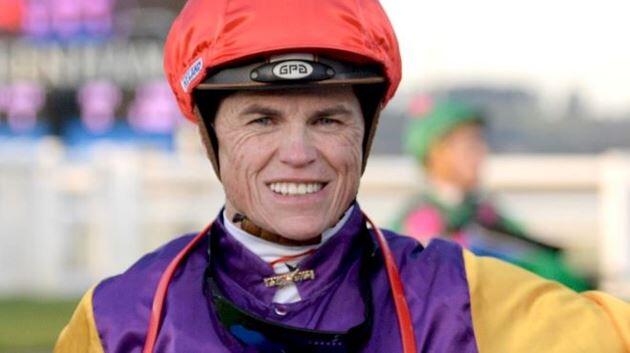 The story of Nigel Latham has gone all around the world, after Melbourne Cup-winning jockey Craig Williams paid tribute to the dying lover of racing whose final wish was to spend one more day trackside at the races.

Nigel’s wish was granted at Morphettville on Saturday for the first day of the Adelaide Carnival, with the racing enthusiast’s hospital bed wheeled out to the 200m right on the fence so he could for perhaps the last time be close to the horses as they roared down the straight.

It had been a victorious day for Williams at the track, scoring a treble and taking out one of the features the Group 1 Sangster Stakes on Instant Celebrity.

But when the leading jockey was interviewed for the final time after his third win on the program aboard Lady Dunmore in the last, all he wanted to do was honour Nigel and make sure viewers at home, trackside and ultimately all around the world knew about his final wish.

“Nigel Latham he was the inspiration for her success today,” Williams said.

“Nigel’s here (on course) unfortunately he only has days to live. He’s come here with the ambulance people at the 200m mark all day, his last dying wish was to come to the races.

“So to Nigel Latham, I said to my horse if she’d get over the line we’d make sure we give him the winning goggles and she did her job really well.

“It was his inspiration we’d like to be grateful to people like Nigel who support the industry and have his last dying wish coming here today for a great raceday.”

Closer to home local South Australian ambulance employees were thankful their work to go above and beyond for their patients was acknowledged through Nigel’s heartfelt experience.