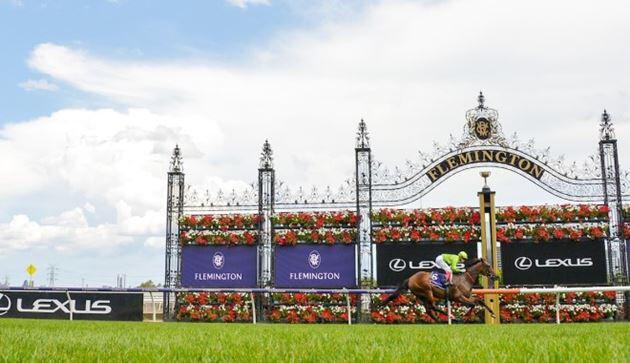 With a choice Kiwi pedigree, she is something of a product of the past, but Tralee Rose stamped herself a stayer of the future following her seven-length blitz in Saturday’s Listed Bagot Handicap (2800m) at Flemington.

By Tavistock out of Zabeel mare Star Of Tralee, the four-year-old mare is to be set upon an autumn path that will earn her credits towards next spring’s Melbourne Cup with races such as the Adelaide Cup and Andrew Ramsden in her sights in the first half of 2021.

Then, well as trainer Symon Wilde said, “Who knows?”

“I’d be going to the Ramsden because clearly she’s better than an off-season staying horse and I’d be delighted if we could get her in (Melbourne Cup) because I know the graph is going up with her and by next spring she should be nearly at her peak,” Wilde said.

“I think she’s an improving horse. These New Zealand horses, they take a long time to mature and that’s why she was so cheap ($50,000). The owners have been great, and I think they are going to be well rewarded.”

Off the back of a spring campaign where she won three races and was runner-up in another, Tralee Rose was sent out the $2.80 favourite on Saturday and jockey Craig Williams had her in a forward position throughout before releasing the brakes on turning for home.

She had a seven-length margin on the line from Sin To Win ($11) with a length and a quarter to Saint Eustace ($13) in third place.

Williams agreed that good things lay in her future.

“At the moment the line has a very big peak on it and she’s not near the top of that, too,” he said.

“So, there’s exciting times ahead but Symon Wilde and his team are very realistic and don’t put expectations on the horse and just letting the horse race into her form.”

Wilde said his facilities at his Warrnambool and Ballarat stables meant he could keep Tralee Rose in work for much of the year, which he believes will be in the long-term interest of the horse.

“She doesn’t need to be knocking around in 1400-metre and 1600-metre races as we can keep her fit at home and just race her sparingly,” Wilde said.

“That’s another big thing about keeping them going because once their body takes all the work and they are race fit, they don’t tend to get the injuries that horses can as they build up.”