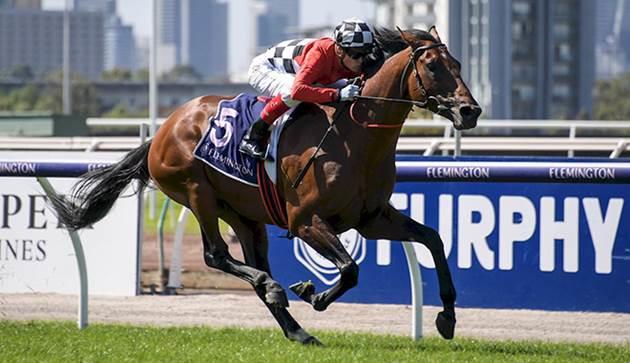 German import Schabau completed the perfect opening racing campaign in Australia at Flemington on Saturday when he stretched his winning sequence to five while taking that first official step towards earning a run in this year’s Melbourne Cup.

“That’s what we bought him for,” Hickmott said.

“He’s a very sharp horse with a huge aerobic capacity. Over two miles (3200m) he would be one of those horses that can still skip home in sub-34 (seconds) and if he can do that he’s right in the mix.”

“He wanted one to chase down today but obviously the calibre of horse wasn’t there to do that,” the trainer noted. “He can switch off the horse and there was plenty up his sleeve.”

“He goes to the paddock now for four to five weeks and comes back for a shot at The Bart Cummings,” he said. “Win that and we’re in (the Melbourne Cup).”