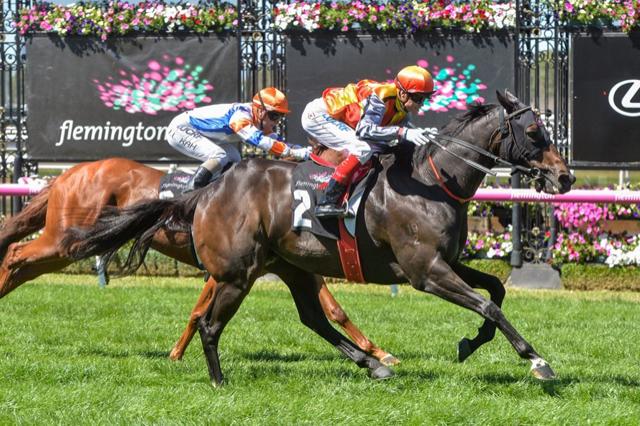 Purchased by Cranbourne horseman Jason Williams for $100,000 out of the Godolphin dispersal at last year’s Inglis December Thoroughbred Sale, the son of New Approach has now won two of his four starts since departing the care of James Cummings.

“It’s our first win at Flemington for Dad and I in the training partnership and for Craig to be riding it makes it a greater thrill,” Williams said.

“We’ve only had him since the first week of December and he’s nearly paid the owners back, which is great.

“I’ve got to give a lot of credit to Godolphin because when they have these horses for sale, you know everything about them and he came to me in fantastic order.

“I think maybe the one on one attention has made a difference with him, maybe he just got lost in the system a little bit when he got to a rating of 90.

“He’s been a lovely horse for us to pick up, that’s for sure.”