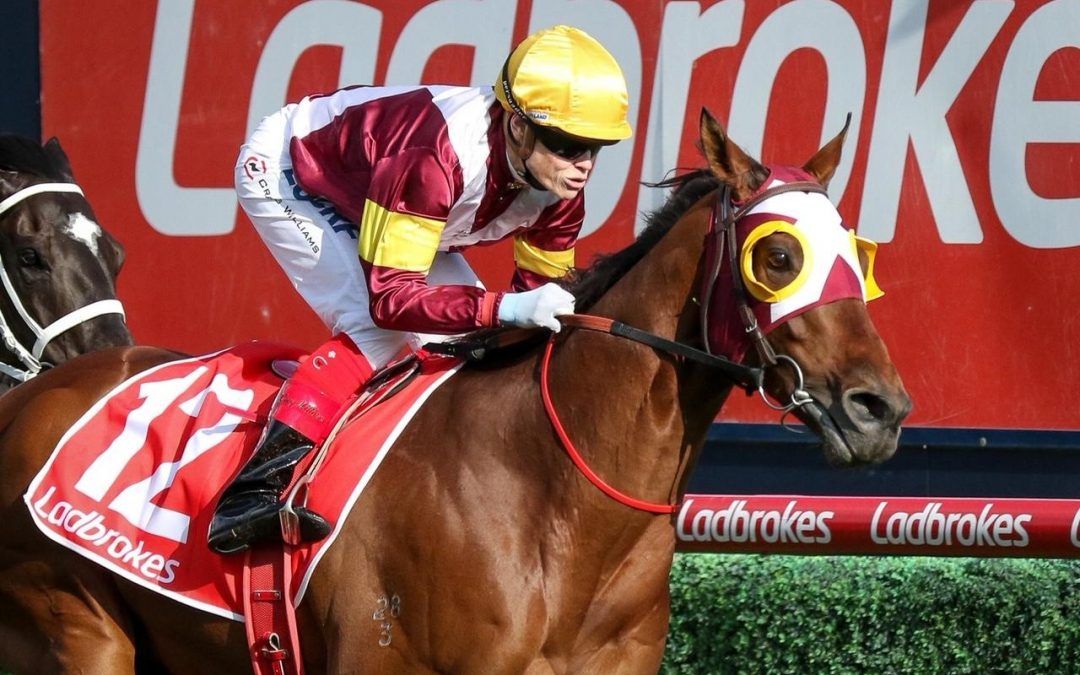 “He definitely goes better fresh so we’d always planned for this race and then maybe the Cantala or the Cox Plate, depending on what he did today. He’s even better at 2000 so the way he’s going now, we might have a crack,” he said.

“His trainer and all of their staff have been so patient with him,” Williams said.

“He [Smith] put blinkers on him last time and he was excellent. The form got franked by the Epsom winner last week [Kolding].

“I spoke to Matthew in depth today and he was confident. They tell me he is very tricky and he thought it would be a good idea if we just cuddled him for as long as possible. He was awesome. He was very dominant today in his win.”