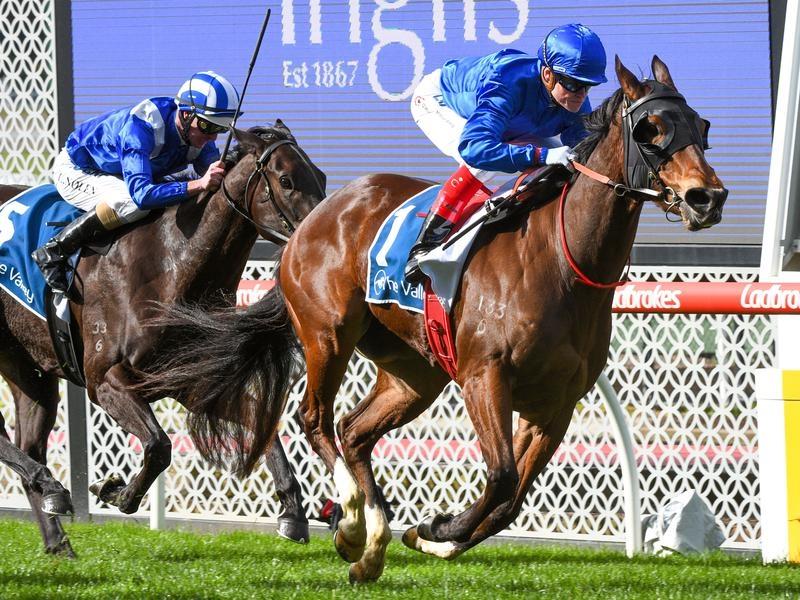 Melbourne’s premier jockey Craig Williams has given Exhilarates a glowing endorsement after riding the best-credentialed filly in the Atlantic Jewel Stakes to victory in the Listed race at The Valley.

The James Cummings-trained Magic Millions Classic winner Exhilarates resumed from a spell with an impressive win in the Group Three Quezette Stakes at Caulfield last month when she rushed home down the outside from back in the field.

On Saturday, Williams was riding the filly for the first time in a race and had the odds-on favourite in the lead bunch early before being able to take a trail behind leaders Cheer Leader and Taraayef.

Exhilarates ($1.95) peeled out to issue her challenge again rounding the home turn and hit the front approaching the 100m before beating the previously unbeaten Sassy Salitage by three-quarters of a length.

St Edward’s Crown ran on well to finish another short neck away third.

Exhilarates’ two stakes wins early in her three-year-old season have taken her record to four wins from nine starts, with prize money over $1.5 million.

“I thought that her win was even better than what it looked on face value,” Williams said.

“She controlled the race early, so she made the speed, and then she switched off and then I was back on top of them.

“I had to trust her that she was that good, and she was today.

“If I didn’t think she was that good I definitely wouldn’t have been asking her to control the race that far out, that’s for sure.

“She’s very, very professional and they’ve got options whether they keep her over shorter distances or even go out in distance with her.

“But she’s a true professional.”