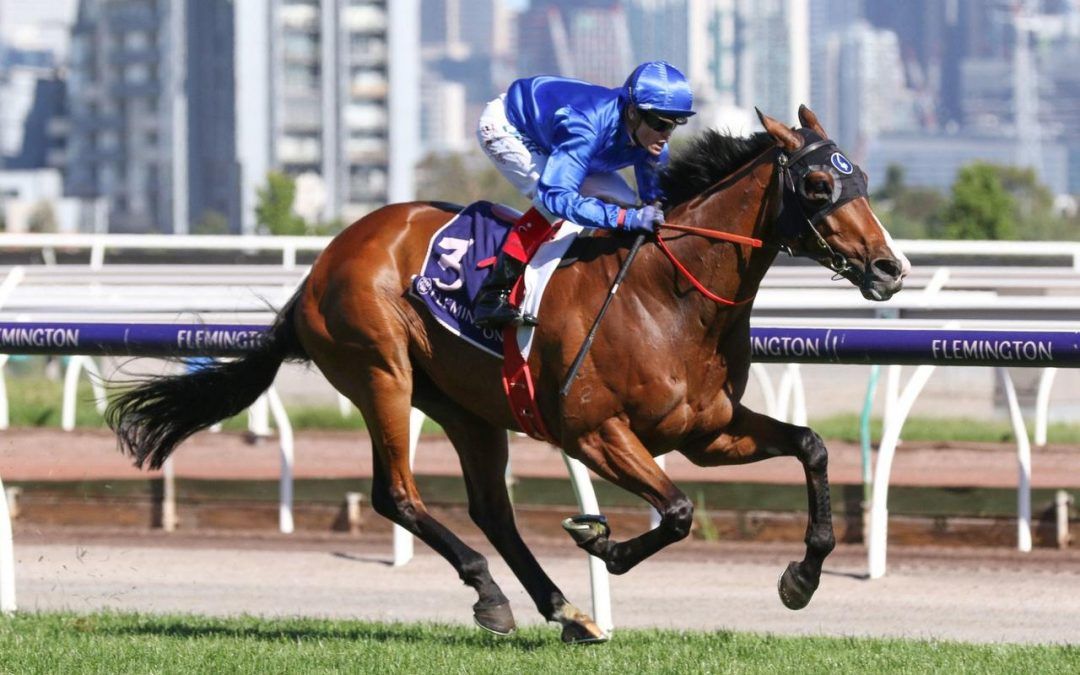 Godolphin stayer Etymology has finally come of age taking out the Listed Bagot Handicap at Flemington.

Placed in two Derbys and the VRC St Leger as a three-year-old, Etymology had only won three races before Tuesday’s success over 2800m.

The now six-year-old was successful at his second start at Pakenham in September 2015 with his second win coming in a Class One race at Moruya last April.

His most recent win was over 2500m at Flemington on December 22 which may prove a turning point in his career.

Ridden by Craig Williams, Etymology was sent out the $2 TAB favourite before racing to a five-length win from Berisha ($7) with Crafty Devil ($31) 1-1/4 lengths away third.

Kate Grimwade, the Melbourne-based assistant trainer for Godolphin’s James Cummings, said the gelding may have finally matured into his big frame.

“Staying seems to be the name of the game for him and he’s absolutely thriving on his racing,” Grimwade said.

“I don’t think there’s any set plans for him but we’ll obviously have a really good look at the program and see what we can plan for him.

“It might mean a bit of a freshen-up depending what’s in the calendar, but we’ll have to have a good look at our options and James will come up with a plan.”

Ben Melham rode Etymology to his December 22 victory while Williams was aboard when the gelding ran third over 1720m at Flemington on December 15.

“I could feel the confidence in him from his last start win the way he took me to the gates and the way he travelled in the run,” Williams said.

“He had a lot of favours in the race but he put them away well.

“Credit must go to the staff in getting an old horse, in racing terms, to be racing in the peak of his form.”