Encryption and blinkers a Flemington match 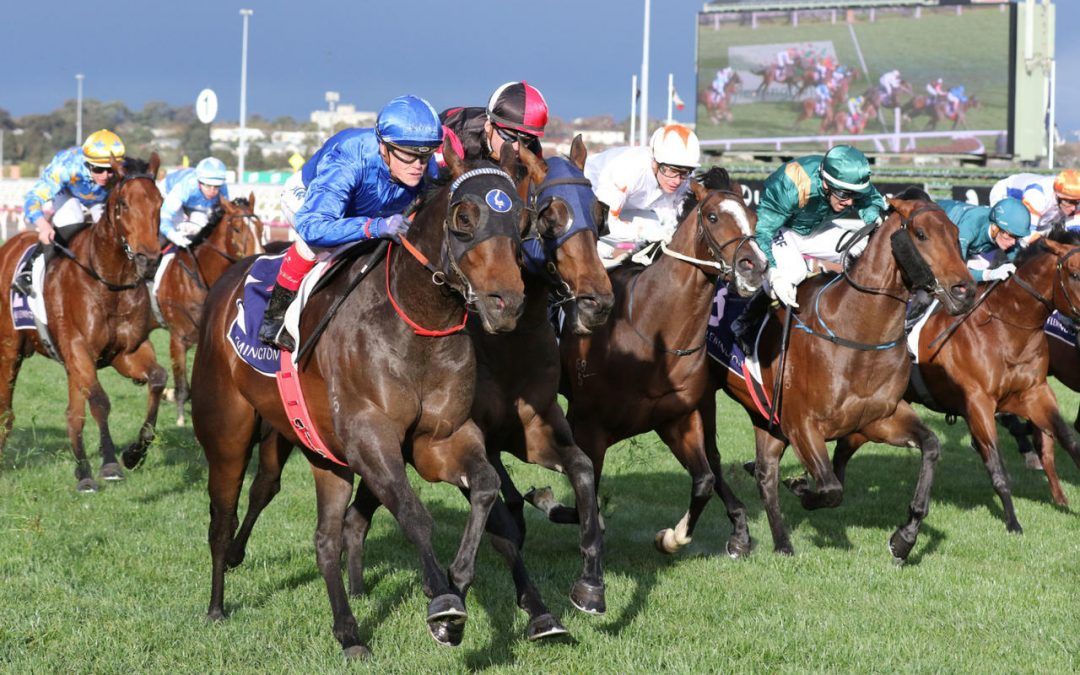 The addition of blinkers has given Encryption the encouragement to overcome a difficult passage to claim victory in the Group Two Danehill Stakes at Flemington.

Jockey Craig Williams elected to go from barrier one to the outside fence in Saturday’s race over the straight 1200m course requiring gaps to open to claim a fast finishing win.

“For a horse that hasn’t in the past been that comfortable between runners you can see how well the blinkers worked,” Williams said.

“It gives Godolphin and (trainer) James Cummings a lot of options going into the spring.”

Cummings said a meeting with Godolphin hierarchy on Monday would determine which path Encryption takes following his win on Saturday.

He said races being considered was a step up to 1600m for the next month’s G1 Caulfield Guineas or being kept fresh for a tilt at the Coolmore Stud Stakes at Flemington during Melbourne Cup week.

He said it was really pleasing to see the colt burst out of the pack the way he did and go on to victory while adding the Danehill Stakes was a time honoured race to win.

“We put the blinkers on and we agreed if he went that well up the straight we’d give strong consideration in keeping him fresh for the Coolmore,” Cummings said.

“He’s a colt with a really good turn of foot, he’s got speed and he’s got a wonderful nature that allows him to progress as his preparation progresses and hopefully there’s that little more improvement to come.”