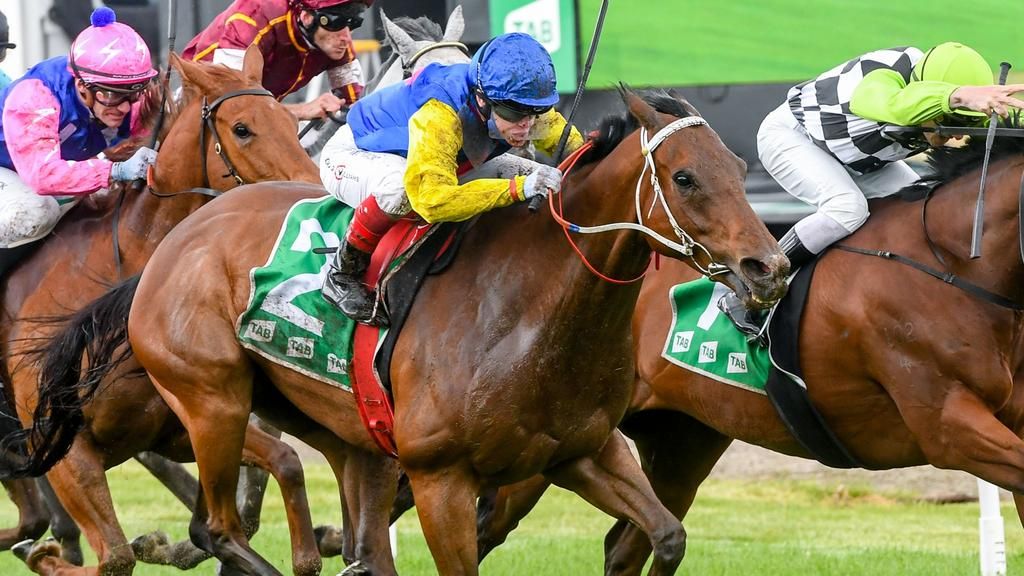 Dexelation came with a thrilling late burst in an effort fitting of the race he claimed when a breathtaking winner of the $150,000 Apache Cat Classic (1000m) at Cranbourne.

The South Australian-trained gelding made it three wins from three starts this campaign to bring up more than $500,000 in earnings with the last-to-first performance.

Co-trainer Richard Jolly said the win meant the seven-year-old Dexelation would rise in ratings to 100, meaning he will have to aim the horse at the carnivals next year in either Melbourne or Adelaide.

“We’re going to have to change tack with him, we normally spell him over summer,” Jolly said.

“Obviously he’s going to have a break shortly, but he’s going to come back a 100-rater now, which I never thought when he walked into the stable he’d achieve that.

“It’s a real milestone for the horse and we’ll have to obviously look at the better races here in our carnival, or back to Melbourne.

“He might only have a short break over summer this year.”

“He’s just an old marvel. The stable loves the horse, he’s been terrific for the owners and at the age of seven, you don’t expect them to put together three in-a-row like that and win good races.”

To the cheers of the crowd, the former home-town boy Craig Williams took Dexelation the middle of the course upon straightening and he managed to balance up and pick up the leader Sir Kalahad ($3.80) in time with Bless Her ($3.70 favourite) a length away in third.

Williams said: “He wanted to win and it’s great for me in front of my home crowd and to have a winner on the day.”