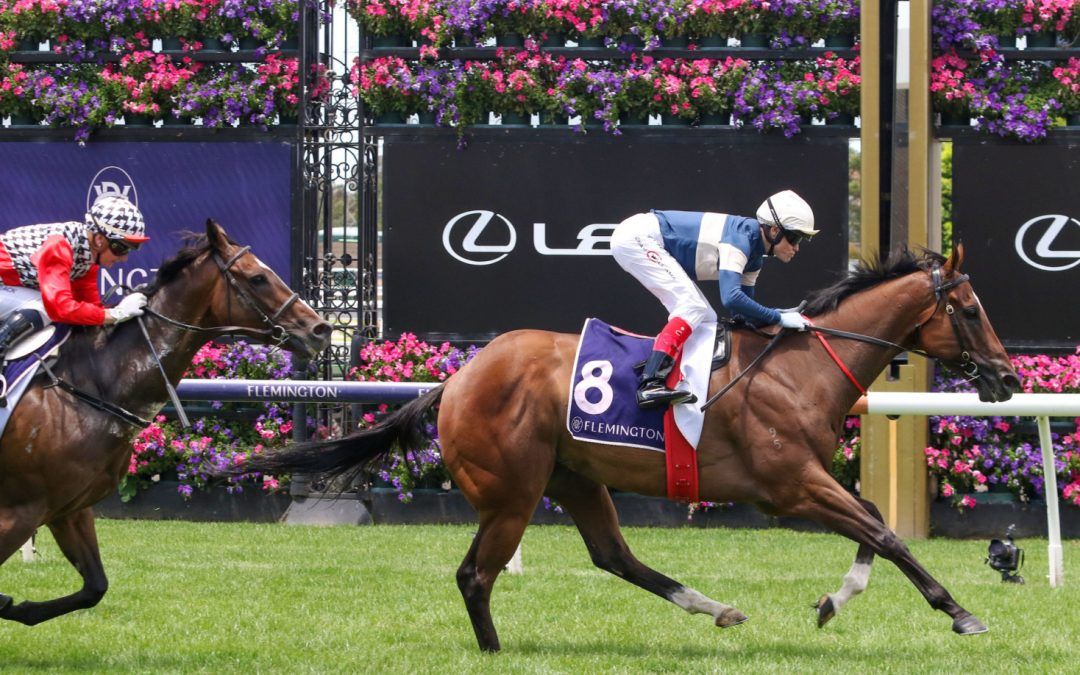 Having raced the majority of his career over 1200m, Designer Chef has relished a step up in distance to score at Flemington.

Prior to Saturday’s win in the Henry Byron Moore Handicap (1600m), Designer Chef had won six races, all over distances ranging from 1200m to 1300m.

On the advice of Craig Williams after riding the gelding over 1400m at Flemington on December 11 into eighth place, trainer Mark Webb heeded the jockey’s advice to try a step up in journey.

Enjoying a nice trail behind the pace set by Legionnaire and Bermadez, Designer Chef ($20) raced to a one length victory from Somerset Maugham ($8) with Desert Icon ($21) three-quarters-of-a-length away third.

“It’s great to be back at headquarters on New Year’s Day and credit to Mark Webb and all his team, he does a really good job placing his horses,” Williams said.

“They backed it off and a couple of horses didn’t react too well to the slowing tempo and after my experience of riding my horse last time over a shorter distance, I knew if they were going to sprint they would out sprint him.

“The stable was very confident today and how he had come through his last run and said you can go out there and let him do all the running.”

Sharon Crombie, who owns the gelding and is the partner of the winning trainer, said Webb had been toying with the idea stretching the gelding out in ground.

Crombie said Designer Chef had been getting run off his legs over shorter trips.

“I think he’ll get further after today,” Crombie said.

“Probably 2000 (metres) will be his trip. He raced over 1400 last time and Craig suggested he wanted a mile and be positive and we tried to do that today.”