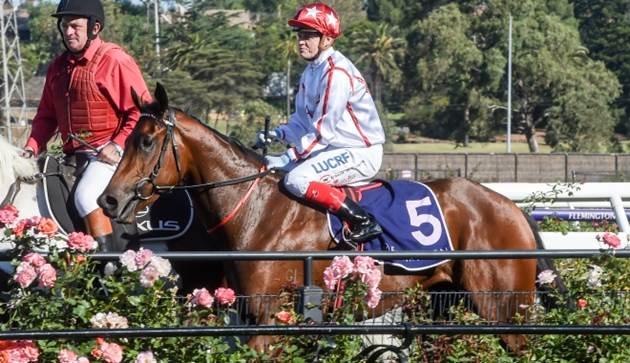 “Three months ago, you’d have given her away,” Alexander said of the $25,000 yearling purchase from Adelaide. “She wasn’t doing a thing.

“(She had) niggling issues. She was backward and couldn’t do any gallops. She was really struggling and then all of a sudden, after probably two little gallops, she grew wings.”

“It’s was a small field but, it’s a good race and look at her, she’s won it by two lengths,” he said.

“You could not aim her for the (Thousand) Guineas now. It’s great. She’s got black type and it’s a massive day.

“When she arrived here today and when I looked at her I thought ‘this is a proper filly’ because she has trained really well, she was relaxed, she was happy and she looked really well.

“She was always going to the paddock after today and so she’ll go away and definitely aim at races like the Thousand Guineas.”

“She’s got all the attributes to be a really nice filly,” Williams said. “Even when she walked into the yard and when she cantered to the start, she just has spring three-year-old written all over her.

“Today was great experience for her. She got amongst them and she was able to be tactically really good.

“When I asked her to sprint, she really had a good acceleration. She’s quite sharp and then she had that sustainability about her as well.

“I won the Thousand Guineas last year on Amphitrite and she’s done more than Amphitrite had done at this stage.

“So far, you’ve got the makings of a real classic type filly.”