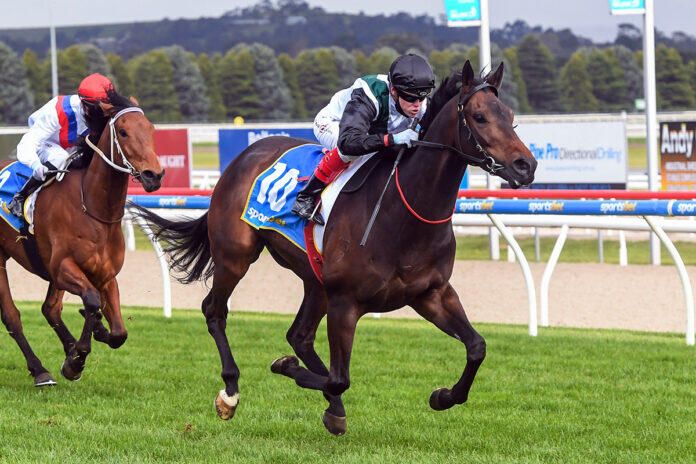 The Lindsay Park gelding made a one act affair of the $200,000 feature, settling behind the leader under Craig Williams before hitting the front at the top of the straight and powering away from his rivals to win by more than two lengths.

Having broken his maiden at Geelong in July and given the Hayes brothers their maiden city win in partnership in August, the Bullbars gelding now shapes as one of the most exciting horses in their stable, with Ben Hayes confirming the coveted Group 1 race at Flemington was now the aim.

“I think that was his most impressive win to date,” Hayes said.

“These horses are very hard to come by and I think he’s quite special.

“Off that run, I think he’d be very competitive there (Cantala) and that was all part of our plan going forward.

“His rating should go up enough to sneak in to the race with a very light weight.”