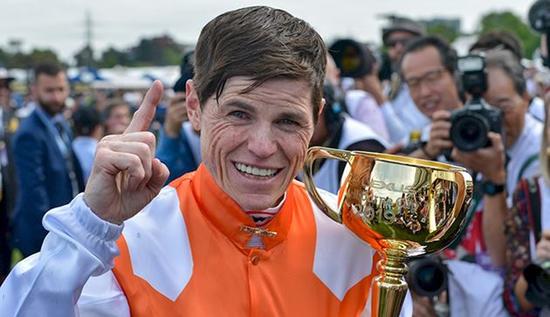 A season that will forever be remembered as one of the most memorable of Craig Williams’ glittering career gained one further accolade at Caulfield on Saturday.

Williams rounded out the season with a winning double, via Flinders River and Morrissy, at the final metropolitan meeting of the season, which took his tally of wins for the racing year to 70.

That afforded him a 10-win triumph over Damien Oliver with Dwayne Dunn securing another podium finish on 51 wins. Jye McNeil (48) and Ben Melham (45) rounded out the top five.

Saturday’s double was Williams’ 12th on Melbourne tracks for the season, while he also enjoyed four trebles, including one on Oaks Day and another on Boxing Day at Caulfield.

Flemington was Williams’ most successful metro track with 21 wins for the season, headlined by his first Melbourne up success with Vow And Declare.

That was one of five Group 1 wins in Victoria for Williams, who also won the Manikato Stakes and William Reid Stakes on Loving Gaby and the Toorak Handicap and Cantala Stakes on Fierce Impact.

His other elite-level success for the racing year with Castelvecchio in the Rosehill Guineas in Sydney.

Williams also won four-straight titles from 2005/06 to 2008/09, giving him nine in total, which is just one fewer than his great modern-day rival Oliver.