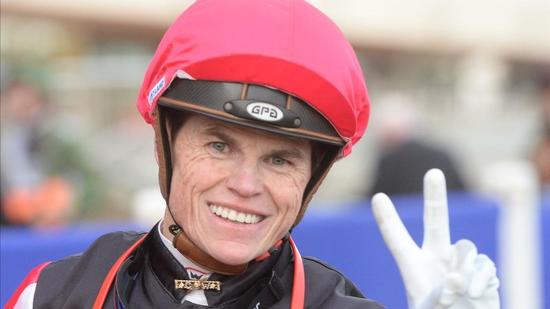 Between them, Damien Oliver and Craig Williams have 18 Melbourne jockeys' premierships.

It's something not lost on Williams as the pair are challenging for this season's title, with Williams in the box-seat to claim his ninth premiership and fifth in succession.

Two winners at Caulfield on Saturday, compared to Oliver's lone victory on the nine-race card, took Williams' metropolitan tally to 62 wins and he heads into the final month of the 2019-20 season with a seven-win lead.

"It's a great competition with Damien," Williams said after bringing up his winning double aboard Morrissy in Saturday's final race at Caulfield.

"I think when you go through the racing for Victorian racing you're going to see this competition there in black and white, and it's fantastic.

"My team are working really hard but we can't do it without the support of the owners and trainers and most importantly the horses.

"During these wet winter months, it really takes the right horse and the right conditions for us to be able to pull off wins."

Over the years Williams and Oliver have been no strangers to premiership battles, including in the 2008-09 season when they shared the title having finished locked on 71 wins apiece.

There are seven metropolitan meetings in Melbourne in July, beginning with the midweek fixture at Sandown on Wednesday.

Oliver is only one Melbourne jockeys' premiership off equalling the record of 11 set by Bill Duncan and Roy Higgins, while Williams in the past five years has closed in to also have himself within striking distance of the record.

Meanwhile, a winner to Daniel Stackhouse aboard She's A Thief at Caulfield on Saturday moved him to 124 wins in Victoria for the season, one ahead of Jye McNeil in the statewide standings.