Another Flemington win for Vassilator 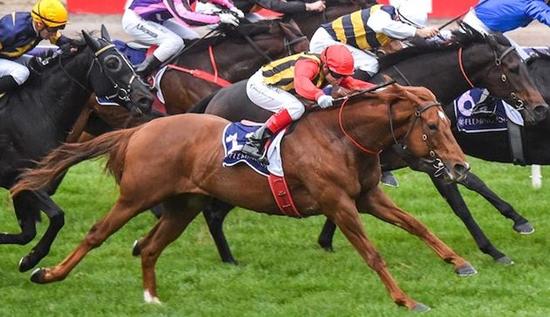 The comeback theme remained thick throughout the afternoon at Flemington on Saturday when Vassilator won his first race in more than two years when he narrowly took the VRC Heritage Handicap (1400m).

Famously the runner-up to The Autumn Sun in the 2018 Caufield Guineas, Vassilator has struggled for form since but trainer Colin Little explained he has appreciated a slight change in his training.

"We’ve just eased up on him a bit," Little said. "We seem to think he needs less work and he seems happier on an easier preparation."

Vassilator has now won three races and all have been at headquarters.

"He obviously likes this big flat track where he likes to be able steam home," Little said.

"He’s been racing really well. I think wide barriers have cost him a bit. He hasn’t had a lot of luck.

"We’ll just keep ticking along. He can get out to mile and maybe even a little further.’’

In a three-way run to the line, Vassilator ($6.50) prevailed over Haunted ($7) in the last few strides with Romancer ($21) close up in third place.

Vassilator’s win made it a double for Melbourne’s leading jockey Craig Williams, who was coming off a comparatively poor run of form over the past month.