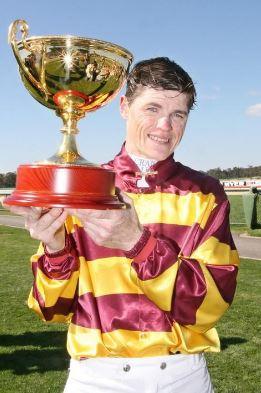 When Grand Echezeaux won the Group 1 Australasian Oaks in 2000, Craig Williams was on his way. Literally on his way. Set aside the fact it was his first major win. Williams was on his way out to the UK virtually the next day.It was a case of have saddle will travel. Williams had an opportunity to ride out  at the Queen’s former property for trainer Mick Channon. The former soccer star had a thriving team with a stable jockey and Williams was picking up the leftovers.

In life, timing is everything. Hard-working Williams was ‘Johnny on the spot’ when Channon’s rider got injured. The little-known Australian was called upon to fill the void and thrust into the spotlight, taking his chance with both hands.

Williams was born into racing. His father, Allan, was a successful jockey who had made the transition to training. Craig’s mother, Glenda, is a daughter of veteran Cranbourne training identity, Tom Harrison. His brothers, Jason and Damien followed their father Allan into training.

Craig’s uncle’s Doug, Kevin and Tony were proven trainers. Kevin’s son, Travis, was a leading apprentice, robbed of a promising career and young life in a car accident.

Williams commenced his apprenticeship under Allan’s tutelage in 1993 and they combined with Pearl Prince to get the teenager his first metropolitan victory. He got his ‘’A’’ licence later that year.

Fast forward to August, 2000 and Williams won a 2YO Maiden at York on a colt of Channon’s named Tobougg. It was sent out favourite and won in soft fashion.

Little more than a fortnight later, they were lining up in the Group 1 Prix de la Salamandre at Longchamp. Tobougg accounted for Honour’s List and people were noticing the hard-working Aussie jockey.

A month later and Williams guided Tobougg another Group 1 triumph, this time at Newmarket in the Darley Dewhurst Stakes. Tobougg defeated Godolphin’s Noverre.

Godolphin bought Tobougg and Williams was invited to ride in Dubai, a precursor to being offered a contract in Hong Kong in 2001.

Williams forged a link with leading trainer David Hayes and the pair returned to Australia in 2005, where they continued to rack up the winners – including 14 Group 1 races - until 2009. The partnership ended soon after and Williams went freelance.