Jason Breen is an integral part of Craig’s management team, managing Craig and his riding bookings. 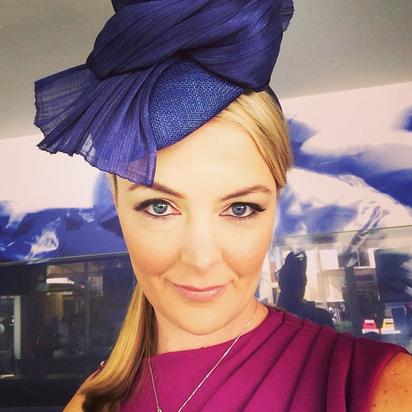 Maree McEwan has been involved in the racing industry for over 10 years in a range of roles that include riding trackwork to racing manager.

Vin Mills has spent a lifetime around horses and racing. Interested in horses from an extremely young age, it was inevitable that he would pursue a career in the saddle.

Cliff Fahler was a racehorse trainer renowned for wearing a 10-gallon hat and the moniker ‘King of the Kids’ – due to his prolific number of two-year-old winners he trained in Victoria.

Before Fahler trained his production line of precocious youngsters at Mornington, he had stables in Essendon. Mills, barely a teenager, knew how to sit on the back of a horse though it was Fahler that taught him how to truly ride.

Weight restricted a career as a jockey to point-to-point steeplechases at the Findon Hunt Club. Mills hunted with the hounds at the same club. Mills turned his hand to riding track work. Stables rely on a horseman with ‘a clock inside his head’ that gallops the stable’s horses each morning.

They get to know the horses, can tell when they are in spectacular form leading into a race, but also when they are out of sorts or developing a niggling problem. Mills rode work for the late Ned Courtney jr for over 20 years.

As well as horses, Mills took a shine to women, one special one named Lorna. They are closing in on 50 years of marriage. They have four children. Angela is the only girl and the boys – Simon, Justin and Martin were keen on hunting. Simon and Martin then went on to ride professionally, with success, in jumps racing.

Vin broke new ground in the late 1990s, taking on the role of valet for Brett Prebble. This entailed layIng out and cleaning the jockey’s gear, leaving Prebble to focus on his next ride.

In 2006, after Prebble moved to Hong Kong, Craig Williams engaged Mills’ services. Mills is also currently working with the VRC as an early morning track work staff member and continues to enjoy being involved with the current crop of young riders.

Vin Mills is a very important part of Craig’s race day management. He prepares all of Craig’s riding equipment for each race and is also one to lean on for sound advice.

Ethan and Patrick Mills are Vin’s grandchildren. The next generation have been assisting Vin with Valet duties on raceday and it’s great to see the family tradition continue.

Q & A WITH ETHAN AND PATRICK MILLS

How did you get involved in and what is your background in racing?

Patrick: I got involved through my grandfather Vincent Mills, who worked for Craig Williams for 10+ years. My family and friends have been in racing for nearly their whole lives, and I was exposed to it from a young age, so naturally I also got involved.

Ethan: I first got introduced into racing by my immediate and extended family. I also had influences from family friends and their past history with racing. My father (Simon Mills) was a jumps jockey for more than 15 years and my uncle (Martin Mills) also rode over jumps, they both rode in very prestigious jumps races in Australia.

Did you ever work in the stables or ride trackwork?

Patrick: I have never worked with horses and have only ever rode on a few occasions in my life.

Ethan: I never officially rode track-work as much I wanted to, but was encouraged and learnt how to ride by Martin and my other uncle (Justin Mills) and grandfather (Vincent Mills).

What is your favourite moment/ achievement you are proud of in racing so far?

Patrick: My favourite moment by far was when Craig won the Melbourne Cup. Yes, I was extremely happy for Craig and I was very proud to work for him, but it was more the affect it had on my grandfather at the time, he had worked for Craig for a long time and had never seen him win The Cup, he was brought to tears when Craig won, and watching the race with my grandfather was one the proudest moments I have.

Ethan: I was very proud and a little emotional for Craig when he won his first Melbourne Cup, I know I’d only been with the ‘Williams team’ for about a year and a half but seeing how Craig had so many chances previously and for him to finally grasp the cup was a heart-warming experience for me to be a part of, in addition to cup day it was such a great moment to have Vinny right there with Craig after the cup and seeing how both of them went through more than 15 years to finally hold the Melbourne Cup together.

Other jobs you have outside of being a Valet?

Ethan: Right now, my main priority is being a valet and getting to as many race meetings as possible to ease any stress off my grandfather so that Damian Oliver and Craig can focus on riding and not handling their race gear. Although I’d love going to more meetings I am completing year 11 which means school comes first but on Friday nights, Saturday’s and Sunday country meetings I am usually available to be a valet.